Anmol and Swapan Monga are young entrepreneurs hailing from the Patiala city in Punjab. They were interested in creating path-breaking content, which was entertaining as well as appealed to the thinking audience as well. 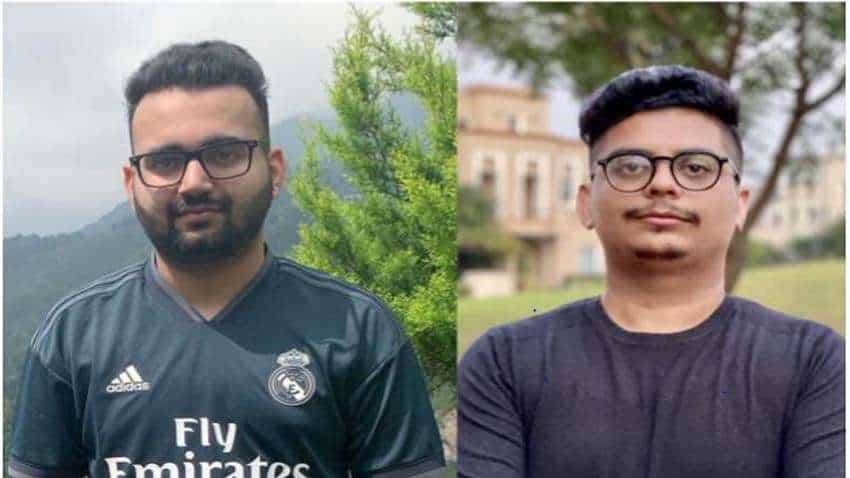 M&M would list 8 to 10 companies in the next five years: Anish Shah, MD & CEO

Young minds are often the most innovative simply because they are brimming with ideas! Two such innovative minds belong to film producers Anmol Monga & Swapan Monga. Producers of the critically acclaimed 2019 movie Sikander 2, Anmol and Swapan are also well-known music producers, whose recent music video “Cute Jeha”, written and composed by Kirat Gill, sung by Barbie Maan and featuring Dilpreet Dhillon, is cooking up a storm on YouTube with 30 million views already in its kitty.

Creating waves in the field of entertainment, with their work so far, the Monga duo has now appalled their audience with their brilliant songs “Suit” by Barbie Maan & featuring Dilpreet Dhillon and “Liv In” by Prem Dhillon & Barbie Maan. Swapan & Anmol are also two of the four partners in the successful venture, Gold Media Entertainment, which is a creative media company that has unleashed a tsunami of innovation and creativity into the world of entertainment. From producing music videos to playing the role of digital partners with blockbuster movies & creating enticing social media images of artists, Gold Media Entertainment is doing a yeoman’s service when it comes to the world of films and music.

Anmol and Swapan Monga are young entrepreneurs hailing from the Patiala city in Punjab. They were interested in creating path-breaking content, which was entertaining as well as appealed to the thinking audience as well. Sikander 2, their film released in August 2019, was loved by the classes as well as the masses, due to its unique storyline, amazing filmmaking and realistic acting. No wonder then that the film was also nominated in the Best Director category at the PTC Punjabi Film Awards 2020.

Together, these two men are trying to introduce new concepts through their movies as well as music videos. Thus, you will see their music videos do not follow the usual storyline of girl meets boy or boy meets girl. Each music video is carefully crafted by trained professionals whose creativity is unmatched. Considering that both Anmol and Swapan are taking up new challenges with every new project, it seems as if they are hell-bent upon unlocking the trapped potential in the field of art. Being young and dynamic filmmakers, they love to interact with their audience over their Instagram handles too, which are anmolmonga and swapanmonga.

So far, the songs that they’ve produced, include – “Gaddi Ch Yaar” by Kamal Khaira ft. Parmish Varma, “Akhiyan” by Barbie Maan, “Whiskey Di Bottal” by Preet Hundal ft. Jasmine Sandlas. Besides, they’ve also produced “Ajj Kal Ve” by Barbie Maan ft. Sidhu Moose Wala. Apart from their upcoming projects mentioned already, the Monga brothers are gearing up for many more interesting tracks to be released during the rest of the year.

Apart from Sikander 2, both Anmol & Swapan have worked for blockbuster movies like Ardaas Karaan, Mar Gaye Oye Loko, Manje-Bistre, etc through Gold Media Entertainment. They work in sync with each other to bring aboard artistes and help them gain more foothold in the entertainment industry. Some of the more famous names with which both have been associated include Gippy Grewal, Sidhu Moosewala, Ammy Virk, Maninder Buttar, Prem Dhillon, Barbie Maan, Preet Hundal & many more, among others!

M&M would list 8 to 10 companies in the next five years: Anish Shah, MD & CEO