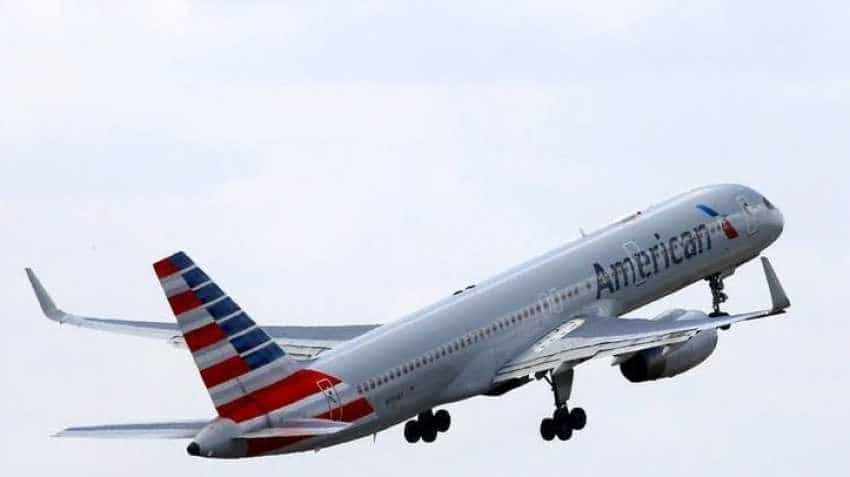 There were 101 passengers and eight crew members on board in the American Airlines flight. Representational image source: Reuters
Written By: ZeeBiz WebTeam
RELATED NEWS

According to the report, the sign, which directs pilots as they're going down the runway, was slightly off center. American Airlines in a statement said that the flight took off at 8:40 pm, but was back at JFK by 9:09 p.m and taxied to the gate. "American is swapping flight 300 to a new aircraft, as our team reviews the incident and inspects the aircraft," the statement said. "We never want to disrupt our customers' travel plans and we are sorry for the inconvenience."

@AmericanAir could you please update on the status of Flight 300? They made an emergency landing. Have family in the flight.

"I was on the flight.  Everyone safe, but could have been very bad," a passenger tweeted.

I was on the flight. Everyone safe, but could have been very bad. pic.twitter.com/UXaSAswk04

Many others have also commented on a Twitter thread tweeted on @Kathrine82, "@AmericanAir could you please update on the status of Flight 300? They made an emergency landing. Have family in the flight."

"They landed safely and are in the lounge at JFK. The airline is trying to get them on another flight. My brother is on the flight, too. They hit something in the air and had to return. But everyone is ok," Laura Laser tweeted.