Amazon means business in India! Open its biggest campus in the world in this city

The e-commerce giant Amazon inaugurated its largest campus building across the globe in Hyderabad on Wednesday. This would be the only company-owned campus outside the US and will house over 15,000 employees of its over 62,000 employee base in India. 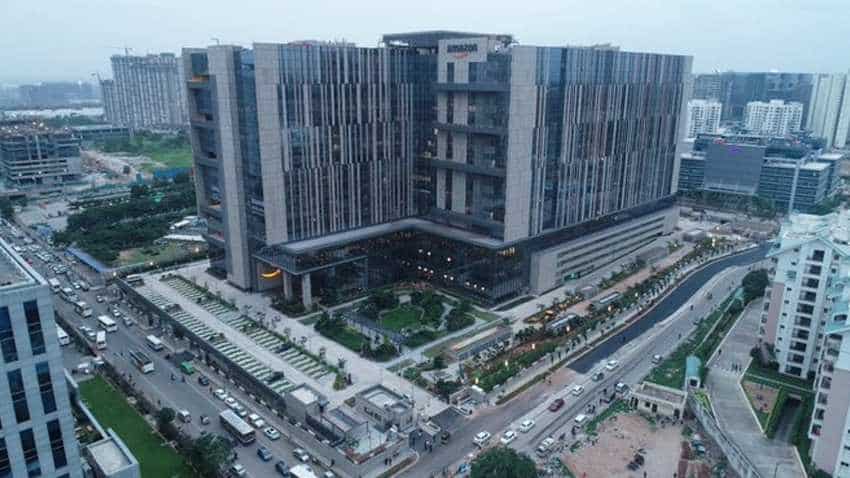 The e-commerce giant Amazon inaugurated its largest campus building across the globe in Hyderabad on Wednesday. This would be the only company-owned campus outside the US and will house over 15,000 employees of its over 62,000 employee base in India. The new building was inaugurated by Mohammed Mahmood Ali, MLC, Minister of Home, Prisons, Fire Services, Govt. of Telangana on behalf of state chief minister Kalvakuntla Chandrashekhar Rao. With 15,000 work points across 1.8 million square feet in office space, built on 3 million square feet of construction area, this is Amazon’s single largest building in the world in terms of total area.

"We are excited to inaugurate our largest campus building globally here in India at Hyderabad. Over these last 15 years we have invested significantly in India across 30 office spaces, the AWS APAC Region in Mumbai, 50 Fulfilment Centers in 13 states of India as well as hundreds of delivery stations and sort centres, creating nearly 200,000 jobs in India. This new Amazon campus building is a tangible commitment to that long-term thinking and our plans for India," Amit Agarwal, SVP & Country Manager, Amazon India said.

He thanked the Government of Telangana for its investment-friendly policies and continued support. Agarwal said that it has helped Amazon to grow in the state.

The facility features casual, collaborative workspaces, as well as private areas for concentration and confidentiality. Interfaith prayer rooms, mothers’ room, quiet rooms, showers, helipad, and an all-day open cafeteria are designed to facilitate inclusion and diversity. Amazon believes that the thousands of its employees will benefit from the new campus.

- Total built-up area when spread out will span over 68 acres (approx. 65 football fields)
- The construction was awarded the Golden Trophy and Certificate from the National Safety Council for safe construction practices in 2018
- The campus contains over 2.5 times more steel than the Eiffel Tower, measured by weight
- The 86-metre buildings are accessed by 49 elevators with high-rise elevators that can move at the speed of one floor per second
- The campus has one conference room seat for every 3.25 workstations, higher than the global ratio of 1:5

Amazon had laid the foundation stone for the campus building on March 30, 2016. It took an average of 2,000 workers per day and 39 months to construct the building with 18 million man-hours. The company had started its operations in India in 2004 from Hyderabad.