Data published by COAI revealed that the top three incumbent players in the telecom market added over 30 lakh subscribers in the month of June. 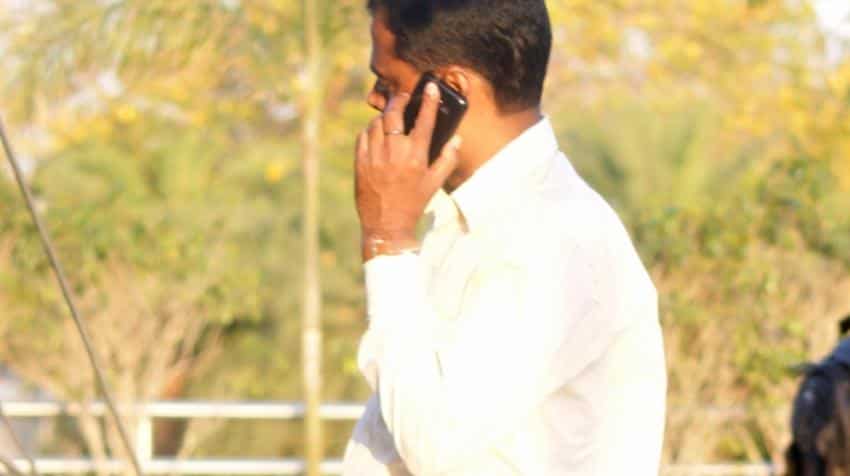 Cellular Operators Association in India (COAI) report of all India subscriber figures on Wednesday showed that the incumbent telecom operators added over 30 lakh mobile subscribers in the month of June.

Total subscriber additions of the top three telecom players – Airtel, Idea and Vodafone added up to 30,71,849, the report said.

India’s telecom major, Bharti Airtel, added the highest number of mobile subscribers in the month of 20,47,844. However the data of Reliance Jio was not available in the report which showed net subscriber addition for Jio as zero.

Vodafone ranked second with net addition of 9,88,424 subscribers, as per the report and the telecom arm of Aditya Birla Group – Idea Cellular had added the least among the top three. Its net subscriber additions amounted to 35,541. 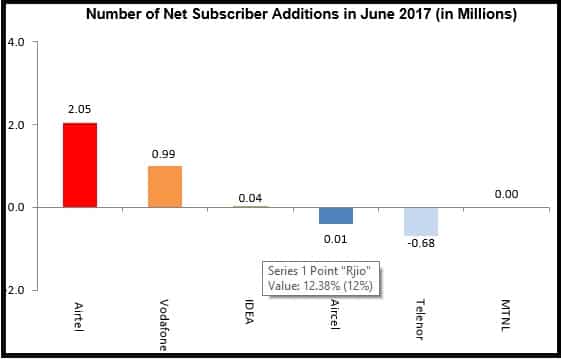 The net subscriber additions by all telcos in June amounted to 19.8 lakh while in the month of May it was 22.7 lakh, the report showed.

Highest amount of mobile subscribers were added by all companies in the month of March which went up to 56.8 lakh. 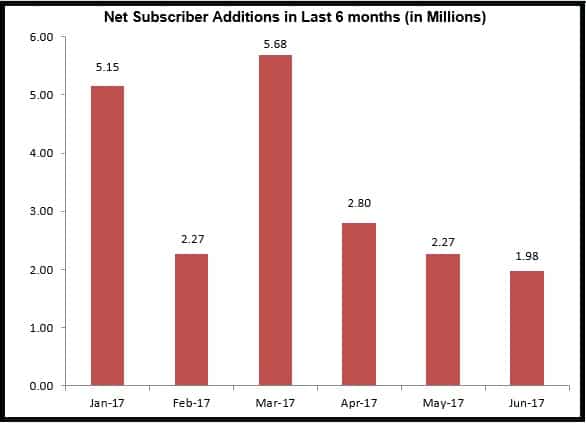 Zeebiz had earlier reported that 60.3 lakh new requests for change of telecom operators or commonly known as Mobile Number Portability (MNP) were received by Telecom Regulatory Authority of India (TRAI) in March.

Consequently, Jio had reported a net subscriber increase of 58 lakh subscribers in the same month. Total subscriber for Jio at the end of May amounted to 11.7 crore, TRAI said.

At the end of June the total subscriber base of Airtel amounted to 28.06 crore; Vodafone was the second largest operator in the country with 21.19 crore and Idea had 19.62 crore subscribers. 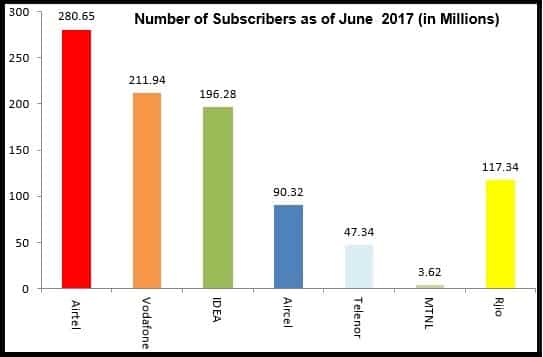