AirAsia Group Bhd shares dropped sharply on Wednesday after federal police in India filed a case against the airline accusing it of corruption - a probe that threatens to delay its India unit`s IPO plans and international expansion. 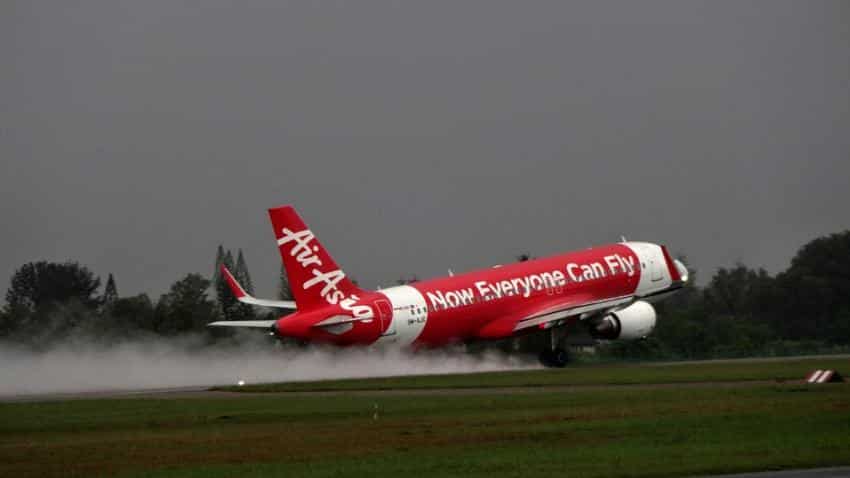 AirAsia Group Bhd shares dropped sharply on Wednesday after federal police in India filed a case against the airline accusing it of corruption. Image source: Pixabay

AirAsia Group Bhd shares dropped sharply on Wednesday after federal police in India filed a case against the airline accusing it of corruption - a probe that threatens to delay its India unit`s IPO plans and international expansion. The case, also filed against Chief Executive Tony Fernandes and unit AirAsia India, is a fresh blow to the airline`s embattled leader, who has been under fire for supporting Malaysia`s former prime minister and is being investigated over the cancellation of flights during the general election period.

"The (India) investigations could be long-drawn and will de-rail AirAsia India`s plans to launch international flights from next year and defer its IPO targets too," said Corrine Png, CEO of Singapore-based transport research firm Crucial Perspective. India`s Central Bureau of Investigation (CBI) accused the airline, some of its employees and third parties of violating foreign direct investment rules while obtaining its licence to fly, and of bribing government officials in an attempt to get regulations relaxed to allow AirAsia India to fly international routes.

Shares in Asia`s biggest budget airline slid 6 percent to a six-month low on Wednesday. Since the general election on May 9, it has lost roughly 16 percent, giving it a market value of roughly $2.6 billion. Malaysia`s broader market was down 2.5 percent.

AirAsia India, a venture with India`s Tata Sons conglomerate, said in a statement on Tuesday it refuted any allegations of wrongdoing and was co-operating with all regulators and agencies "to present the correct facts".

AirAsia on Wednesday referred requests for comment to AirAsia India.

On Twitter, Fernandes did not directly address the accusations but complained about media who reported without fact-checking. A majority shareholder in British soccer team Queens Park Rangers, he also tweeted video of himself playing a virtual reality soccer game. He did not respond to a Reuters request for comment.

The flamboyant CEO, who co-founded AirAsia in 2001 with two aircraft, announced plans for an IPO for the India unit in January, part of a series of strategic moves to monetise assets.

AirAsia India had 14 planes at end-2017, and has plans to expand its fleet to 60 over the next five years.

Under Indian rules, it can launch international flights once it has 20 planes.

Png said AirAsia India`s expansion had been too aggressive, resulting in losses doubling in the quarter ended March 31.

"This raises the possibility that AirAsia Group will need to inject more capital into AirAsia India, which may not sit well with AirAsia Group`s investors," she said.

AirAsia last week reported a record quarterly profit of 1.14 billion ringgit ($286 million), due in large part to the sale of a ground handling services unit.

Since the election, Fernandes has apologised for endorsing former prime minister Najib Razak in the election, saying he buckled under government pressure.

Malaysian police are investigating Fernandes at the request of regulatory body, the Malaysian Aviation Committee, which has denied Fernandes` accusations that it ordered the airline to cancel 120 flights during the election period.

Fewer flights would have made it more difficult for Malaysians abroad to fly home to vote.