GMR-run Delhi Airport was the first aviation facility in the world to introduce Taxibot operations way back in 2019. 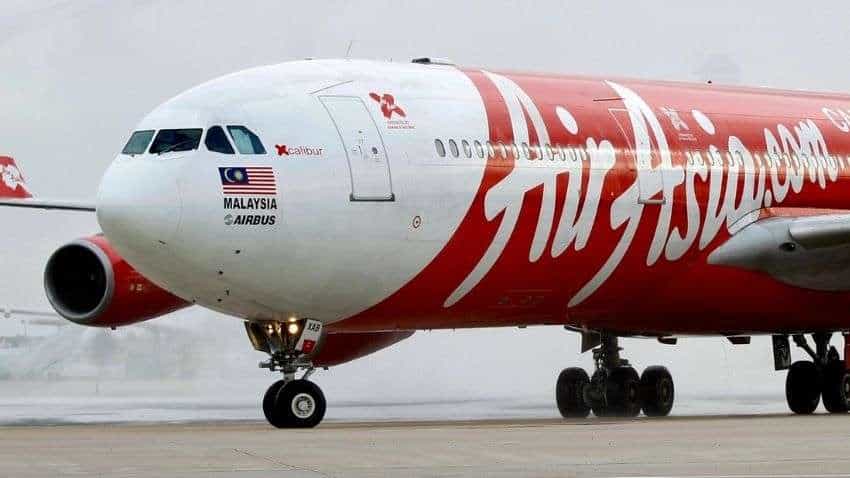 Budget carrier AirAsia India on Tuesday claimed that it has become the first Airbus operator in the world to start Taxibot services with passengers on board.

The move will help AirAsia India in driving sustainability and optimising efficiency in flight operations, it added.

GMR-run Delhi Airport was the first aviation facility in the world to introduce Taxibot operations way back in 2019.

Taxibot is a semi-robotic towbarless aircraft movement equipment for towing an aircraft from the terminal gate to the take-off point (taxi-out phase) and return it to the gate after landing (taxi-in phase) without utilising the aircraft engines.

Taxibot significantly reduces aircraft fuel usage, emissions and noise levels at airports, and the risk of foreign object and jet blast damage, and operates with a hybrid-electric engine.

AirAsia India, in a release, said the deployment of Taxibot is the latest in a string of digital and sustainability initiatives from the company, which enables it to leverage innovative technological solutions to monitor, predict and deliver operational efficiency.

AirAsia India said it has partnered with KSU Aviation, the exclusive operator of the Taxibot in India in the task.

The aircraft engineering modifications were done by Air India's engineering team and required routing more than 50 new wires inside the aircraft, installation of relays in the avionics bay and a control panel in the cockpit, and a series of operational tests prior to certification, AirAsia India said.

"We're delighted to announce the initiation of TaxiBot operations towards enhancing sustainable aviation operations and leveraging technology to drive differentiation and operational efficiency.

"It is a proud moment for AirAsia India to be the first Airbus operator in the world to start TaxiBot services with passengers onboard with a modified Airbus fleet. We look forward to continuing to explore and undertake new and inspiring possibilities in aviation and lead the way forward,? said Sunil Bhaskaran, MD and CEO, AirAsia India.

Taxibot is proclaimed as the green revolution in aeroplane taxiing, helping enhance fuel efficiency and predictive maintenance and services.

"We are very happy to have AirAsia as our partner in our endeavour to significantly reduce carbon emission at Delhi Airport. Delhi Airport is one of the leading airports globally in adopting environmental sustainability solutions.

Adoption of TaxiBot has been a significant initiative by DIAL to reduce carbon emissions, as part of its objective of becoming a ?net-zero carbon emission airport' by 2030,? said Videh Kumar Jaipuriar, CEO-DIAL.

According to KSU, the present fleet of Taxibot deployed at Indian airports has completed around 1,500 Taxiboting operations and an additional 40 Taxibot are slated to be operational at the country's various airports, a major force multiplier towards reducing ground carbon emission in the world's leading aviation market.

KSU is delighted to partner with Air Asia India for leveraging the world's only certified alternate taxiing technology and innovation being made available to Airbus-operated Indian Carrier, AirAsia India, the release quoted a KSU spokesperson as saying.

Air Asia India is setting a new industry's first benchmark towards successful implementation of reducing ground carbon emission with the introduction of the TaxiBot Program as part of its regular fleet operations, leading to the implementation of a feasible solution for reducing aviation industry's carbon footprint,? a KSU Aviation spokesperson said.

Delhi airport has emerged as a trendsetter in alternate taxiing solutions by using Taxibots as part of its regular operations.

Since then, the airport has witnessed 1,500 movements of sustainable taxiing of aircraft in September, which has helped in reducing both carbon emission as well as jet fuel, AirAsia India said