AirAsia India has slashed salary of its pilots by an average 40 per cent for May and June, an airline source said. 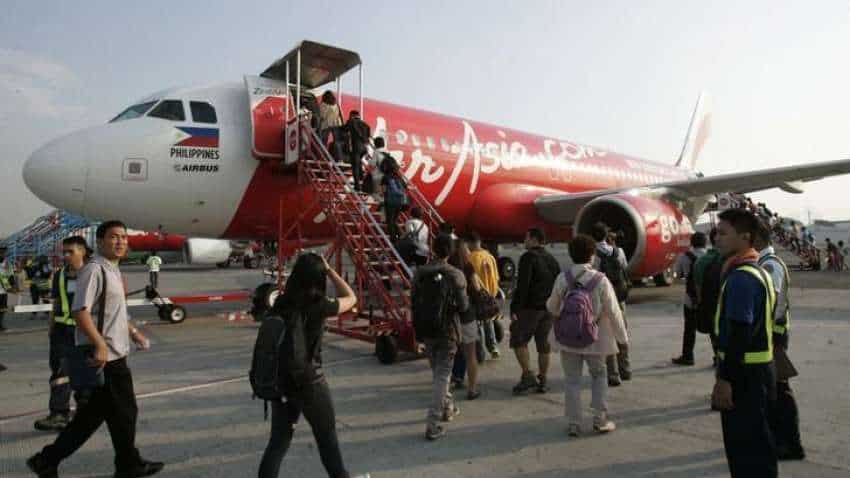 The senior management at AirAsia India had taken a pay cut of 20 per cent in April, while the wages of executives falling in other categories were reduced between 7-17 per cent. Photo: Reuters
Written By: PTI
RELATED NEWS

AirAsia India has slashed salary of its pilots by an average 40 per cent for May and June, an airline source said. However, the quantum of reduction in pay for other categories and senior management remains at the April level, he said.

The senior management at AirAsia India had taken a pay cut of 20 per cent in April, while the wages of executives falling in other categories were reduced between 7-17 per cent. However, employees getting a salary of Rs 50,000 per month or less were spared of the move.

The Tata-SIA joint venture carrier, which will be completing six years of operations next week, has a workforce of around 2,500 people. As many as 600 of them are pilots for its 30 Airbus A320 aircraft fleet.

"Earlier a pilot was being paid for a fixed 70 hours irrespective of flying or no flying, which has now been reduced to 20 hours. This way, the average salary of a first officer (junior pilot) has come down to Rs 40,000 per month from 1.40 lakh, and that of a captain (senior pilot) to Rs 1 lakh from 3.45 lakh," the source told PTI.

The reduction in pay accounts for 40 per cent of the total average salary of a pilot, he said.

Responding to a PTI query on the issue, an AirAsia India spokesperson said, "We do not comment on the internal matters pertaining to the company."

The source also said that the airline has deferred its plans to induct any new plane in the fleet for the time being.

Earlier, AirAsia India had plans to take delivery of five more A320 through March next year, he said.

"The airline's assessment is that the sector may take about two years to recover fully and domestic players are unlikely to expand network in the short-to-medium term in view of the demand. In this situation, fleet expansion will not serve any purpose in the next couple of quarters," the source said.

Global aviation consultancy CAPA, in its last report, had estimated domestic traffic at 55-70 million and international air traffic demand at 20-27 million for the current fiscal.

AirAsia India is currently utilising only about 50 per cent of the total capacity (30 planes), and even if there is a surge in demand, the existing capacity should be able to cater to the traffic, the source said.

CAPA in its report had also said that Indian carriers would need to realign their fleet deployment plans with the expected levels of demand, and estimated that airlines would be operating around 265-300 aircraft in the domestic market and 80-95 aircraft on international routes in the second half of the current financial year.