Seeking to reduce cost amid cash crunch and mounting losses, government-run Air India has asked its qualified cabin crew from other bases to relocate either permanently or temporarily to New Delhi if they want to fly wide-body planes. 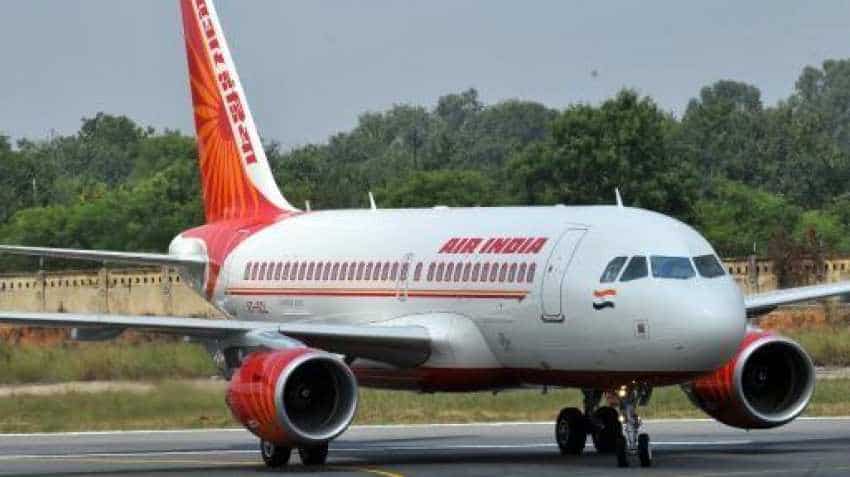 Air India has asked its qualified cabin crew from other bases to relocate either permanently or temporarily to New Delhi if they want to fly wide-body planes. Image source: PTI
Written By: PTI
RELATED NEWS

Seeking to reduce cost amid cash crunch and mounting losses, government-run Air India has asked its qualified cabin crew from other bases to relocate either permanently or temporarily to New Delhi if they want to fly wide-body planes. Air India has its bases across Delhi, Mumbai, Chennai, Kolkata, and Hyderabad, among other cities.

"In order to reduce costs, increase revenue and optimise resources, a series of steps are being taken by the management to curtail expenditure. All possible measures are being taken to improve financial health of the company.

"Cabin crew of other bases qualified on B777/787 aircraft may request for permanent/temporary voluntary transfer to Delhi if they wish to operate flights originating from Delhi to reduce cost," Air India general manager for in-flight services said in a circular addressed to all cabin crew Monday.

Significantly, most of Air India's B777/787 flights, particularly on long and ultra-long haul routes, are operated from Delhi-base.

However, Air India will not provide the crew any accommodation or transfer benefit, it said while seeking applications from interested crew by October 15.

Air India spokesperson was not available for comments.

The cabin crew sources, however, termed the move as "discriminatory" and akin to being "penny wise pond foolish".

"It is discriminatory and akin to being penny wise pond foolish. Moreover, the fresh circular is also to ensure that cabin crew from all other bases are not permitted to come to Delhi to do flights," said a source.

According to another source, the lodging cost of the crew at New Delhi Centaur hotel is around Rs 2,400, as against Rs 8,500 per night accommodation for pilots at a five-star hotel in Gurgaon.

Also, the per hour payment for pilots to come from Chennai, Kolkata, Bengaluru or Mumbai to Delhi is Rs 7,000, wherein the same for the cabin crew cost to airline is only Rs 500, he said.

In Air India, a pilot gets an average salary of Rs 7.5 lakh per month whereas cabin crew receives around 1.5 lakh.

"While only three cabin crew used to come to Delhi to operate a Boeing 777 flights along with four pilots, now the cabin crew will no longer come deadhead or for operating the flight while the pilots will continue to come deadhead," he said.

"So they are stopping two fully-trained cabin crew coming from, say Chennai, to operate 787 from New Delhi but they are allowing two pilots to come from the same base to come to Delhi and also operate the same 787 flights," the source said.

Air India is trying to save "pennies" on cabin crew by stopping their flights from Delhi base, the source said adding, "but they don't mind paying pilots guaranteed flying allowances of 70 hours per month."

In another circular, the management has also restricted flying for "all cabin crew who do not report for printed/ scheduled flight" to domestic routes for one year.

"The cost incurred in sending transport to their residences will also be recovered from them," the circular issued on October 1 stated.