Air India's narrow body aircraft pilots' body has decided to resort to "work-to-rule" and not accept last minute duties as part of its "flight safety week" and also protest the delay in payment of flying allowance. 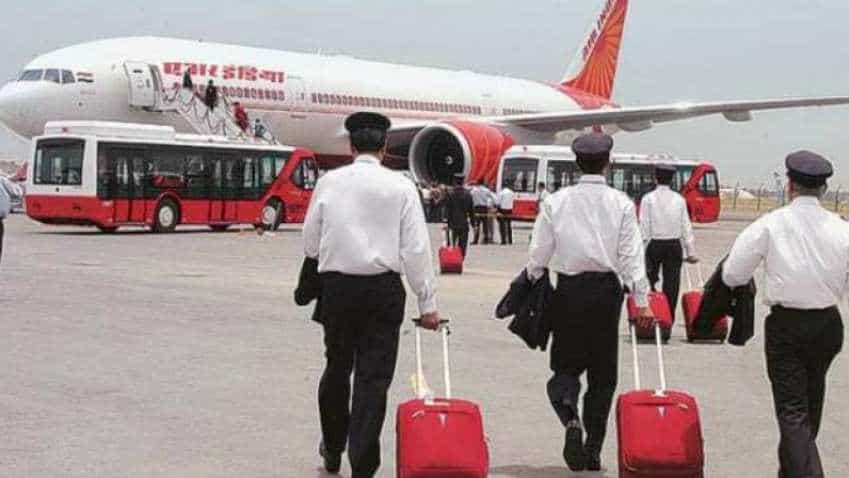 Air India's narrow body aircraft pilots' body has decided to resort to "work-to-rule" and not accept last minute duties as part of its "flight safety week" and also protest the delay in payment of flying allowance. Source: PTI
Written By: PTI
RELATED NEWS

Air India's narrow body aircraft pilots' body has decided to resort to "work-to-rule" and not accept last minute duties as part of its "flight safety week" and also protest the delay in payment of flying allowance. The Indian Commercial Pilots Association (ICPA), which claims representing over 700 pilots in the government-run airline, Wednesday issued directives to its members on a range of issues.

"No last minute pullouts for flights is to be accepted. A minimum of 12 hours or more as applicable to be followed for pullouts from the time of communication for change," the ICPA said in the directives to its members. Earlier, the ICPA had written a letter to AI chairman and managing director Pradeep Singh Kharola, saying the airline was delaying payment of flying allowance which constitutes 80 per cent of their total monthly salary.

In view of this, the ICPA said it will observe "Flight Safety Week" in the interest of safety of crew and passengers. The association has also asked its members not to give consent for any exemption in their DGCA-mandated duty hours and rest period norms and also not to perform visual approaches.

"Pilots are advised to report sick if they are fatigued or stressed and follow laid down sick report and fit report procedure," it said in the directives. Members should "strictly" follow stabilised approaches, it said, adding pilot defect report (PDR or flight report book) will be signed only after all cargo doors are closed and ensuring proper closure of doors by personally carrying out external walk around.

"All defects to be positively written in PDR and cleared on MEL (minimum equipment list). The defect is to be mentioned in the PDR and accept the aircraft only if it is a go item as per MEL," the directives stated. In its letter to Kharola, the ICPA had said a majority of its members were defaulting on bank EMIs due to the salary delays which was also putting them under a lot of "stress".

"There is already a backlog of one month flying allowance. This unspecified delay has impaired our financial planning, especially (pilots are) defaulting on loan EMI... majority of us have defaulted on bank loans and credit card payments while the rest had to arrange funds by taking further loans," the ICPA said in the letter.

This financial problem has made it extremely difficult for the pilots to work "stress free", it added. "Stress jeopardises decision-making relevance and cognitive functioning which is fatal to flight safety," the ICPA said in the letter. Air India spokesperson was, however, not available for comments.