Air Deccan to relaunch operations with Re 1 tickets 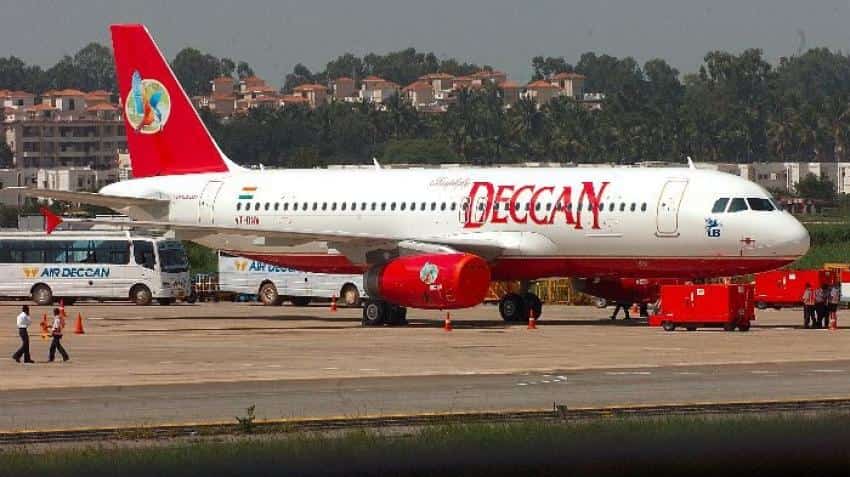 Air fares are capped at Rs 2500 per person for an hour's flight to Tier-2 and Tier-3 cities, under Udan. Image source:
Written By: ZeeBiz WebTeam
RELATED NEWS

Air Deccan, the low cost airline, is set to relaunch its operation this month under Udan (Ude Desh Ka Aam Nagrik) with what it is remembered for the most—Re 1 airfares, reports ET Now.

The airline will begin with four bases at Mumbai, Delhi, Kolkata and Shillong, connecting them with smaller cities around them.

The first Air Deccan flight will take off on December 22 and fly to Mumbai from Nashik, Capt G R Gopinath told Livemint.

Air fares are capped at Rs 2500 per person for an hour's flight to Tier-2 and Tier-3 cities, under Udan, in which the government will provide subsidy for flying with such low fares.

The airline reportedly plans to station a second flight in Delhi to connect the city with Agra, Shimla, Ludhiana, Pantnagar, Dehradun and Kullu by January.

“Some of the initial lucky people will be able to get Re 1 fares also,” Gopinath told Livemint, even though most ticket prices will start at about Rs 1,400 for a 40-minute Nashik-Mumbai flight, a distance that would take four hours to cover by road.

Air Deccan will also operate daily return flights between Nashik and Pune and Mumbai and Jalgaon.