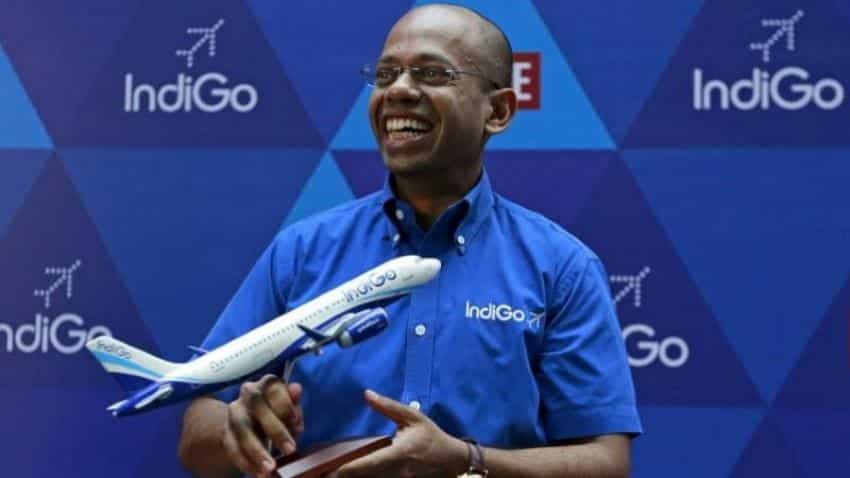 Indigo Q4FY18 key takeaways: This is what you must know about airliner's financial performance

Interglobe Aviation (Indigo), which recently touched a new high on stock exchanges, faced investors heat on Friday, as the airline’s stock price tumbled by nearly 7% after Aditya Ghosh decided to step down from his post as President and Whole Time Director during the day. The news came in as shock to investors and it did not take long for them to remove their money from Indigo stock. The airline has been operating under Ghosh’s leadership for more than a decade now, and it has touched new milestones in the aviation industry due to Ghosh’s skills. Rahul Bhatia will be acting as an interim chief executive officer of Indigo till a new CEO takes over.

Indigo was founded in 2006 as a private airline by Rahul Bhatia of Interglobe Enterprises and Rakesh Gangwal a United States based NRI. In just two years of it’s operations Indigo, instead of searching for an experienced outsider, gave the 37-year old lawyer Ghosh the charge of the airline in August 2008. This was despite Ghosh’s total lack of operational experience.

The reason behind the Ghosh’s resignation is still unknown. And till the time, Indigo finds Ghosh’s successor, Bhatia will be acting as the  Interim Chief Executive Officer of the company.

Indigo which had just 15 aircraft by end of 2007, replaced the state-run Air India as the third largest airline in December 2010, just behind Kingfisher Airlines and Jet Airways with a market share of just 17.3%.

After completing just five years of operation, Indigo got permission to launch international flights, and for this first service began in September 2011.  Not only this, Indigo even bagged an order of 180 Airbus A320 aircraft with a deal worth $15 billion.

This was not it, under Ghosh’s leadership Indigo further took delivery of its 50th aircraft in just less than six years in the month of February 2012. By end of March 2012, Indigo became the most profitable airline and also the second largest airline in the country in terms of market share. In what seemed like a blink of an eye, Indigo became the largest airline in market share surpassing even Jet Airways. The growth trend of Indigo was within two years between 2010 and 2012, and that too just six years after inception.

Since then Indigo has maintained its leadership as the largest airline in India.

In terms of financial performance, Indigo has witnessed some major changes.

The company is yet to announce it’s year end performance for fiscal FY18, but in nine months of the current fiscal, Indigo’s revenue now stands at Rs 17,221.77 crore.

The fiscal year FY18 looks optimistic for Indigo, as in nine months of the fiscal the company has already touched a PAT of Rs 2,124.73 crore.

Now Indigo is India’s largest passenger airline with a market share of 39.5% as of March, 2018. Since our inception in August 2006, the airline has grown from a carrier with one plane to a fleet of 161 aircraft today. Currently, Indigo operate flights connecting 50 destinations – 42 domestic and 8 international and have started selling tickets to one additional destination.

Coming to Ghosh who is 42, received a total salary Rs 27 crore by end of FY17. The salary also included a one time incentive of Rs 20.9 crore

First award that Ghosh received was in 2011 at the NDTV Profit Business Leadership Awards 2011 as the ‘Young Business Leader 2011’. He also bagged an  international award, ‘ Low-Cost Leadership’, at the World Airline Awards, London 2011. There was no stopping to Ghosh, as he was listed in the Fortune Magazine’s “40 under 40 list” on 27th position globally.

Therefore, such resignation comes as a shock to many as Ghosh did gave an amazing ride to Indigo. Well, who will be Ghosh's successor will be eagerly awaited. Meantime, how the airline performs in the coming weeks, is what will be keenly watched.

Indigo Q4FY18 key takeaways: This is what you must know about airliner's financial performance