Some brokerages like IIFL have projected Rs 20,000 crore revenue for Patanjali by 2020. 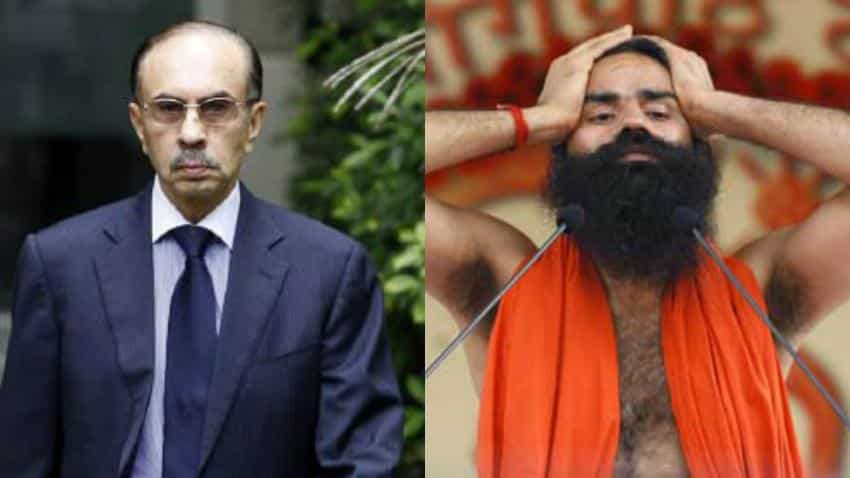 Adi Godrej to step down from Chairmanship; this person to take over

Patanjali is doing well by leveraging its founder Ramdev's image and selling "simple products like ghee and honey", but is still small in the value-added segment, Godrej Group Chairman Adi Godrej said on Tuesday.

"They seem to be leveraging Baba Ramdev's image in yoga and ayurveda quite well, but most of their sales are in simple products like ghee and honey. Their sales in value-added products are still relatively small," Godrej said during an interactive session organised by industry lobby IMC here.

He said Godrej Consumer Products competes with Patanjali only in the toilet soap segment and the Uttarakhand-based company's presence in that category is still relatively small. There has been a lot of concern in the FMCG industry after Patanjali's revenues crossed Rs 5,000 crore, on the back of an increased focus on health following the ban on Maggi noodles.

Some brokerages like IIFL have projected Rs 20,000 crore revenue for Patanjali by 2020, warning established FMCG players of stiff competition.

However, another brokerage JM Financial has opined that Patanjali's brands are still an urban phenomenon among the low income groups and that it is yet to make its presence felt in the hinterlands, which still go with the established brands.

Meanwhile, Godrej also spoke out against the ban on diesel vehicles, saying we should instead work on technology to reduce pollution and arrest global warming.

"I feel we must pay a lot of attention to technology for containing climate change impacts. Improve technology, rather than just say 'not doing this' or 'not doing that'," he added.

Godrej further said that a lot of our problems are coming from climate change incidents like flash floods in the Himalayas and we need to use technology better for keeping it under check.

Godrej also pitched for a second term for Reserve Bank Governor Raghuram Rajan, saying "he has done a good job and is well respected globally and I do hope he will get a second term."

The septuagenarian industrialist said GDP growth will touch the double-digits mark in 2017-18 on good monsoons, as projected for the next four years under the La Nina factor, and also once the much-delayed GST becomes a reality.

Hoping that the GST Bill is passed in the monsoon session of Parliament, Godrej said it will help increase growth by at least 2 percentage points. Godrej said his group has a '10x10' target, wherein it is aspiring to grow revenues by 10 times every 10 years or at a compounded annual growth rate of 26%.

He said acquisitions are key for achieving this target which reflects in the over dozen transactions done by the group internationally in the last five years.

While going in for an acquisition, the group has three preferences, including the geography the target company operates in (Asia, South America and Africa), and category (haircare, household insecticides or personal hygiene), he said.

Rather than focussing on the conventional profit after tax metric, the group looks at the EVA or economic value-added, which is arrived at after deducting cost of both debt and equity capital from net profit, he added.

He said the demand for realty, which is sagging at present, will also be boosted by the passage of the GST Bill. He also welcomed the draft development plan mooted by the city's civic body for seeking to address the key concerns surrounding the FSI.

Adi Godrej to step down from Chairmanship; this person to take over