Adi Godrej, Chairman of Godrej Group has welcomed the likelihood of NDA government win at the Centre. 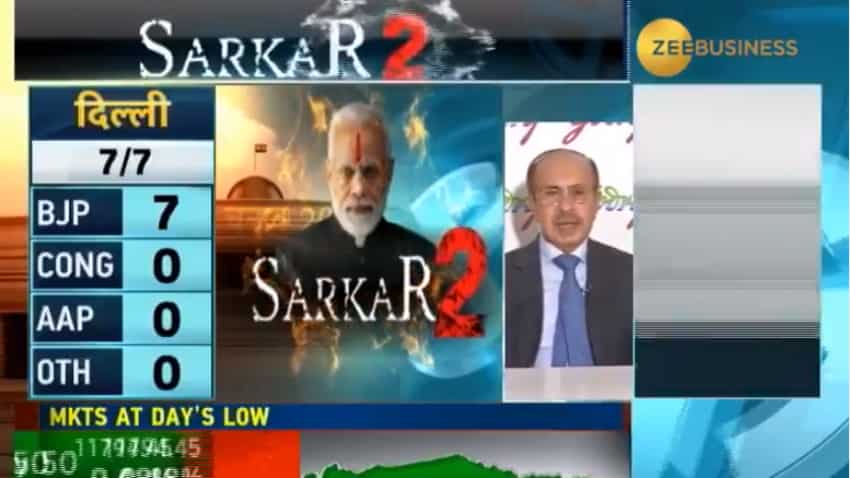 Lok Sabha Elections Results 2019 are gradually filtering in on vote-counting day and top industrialists have aired their views about expectations they have. Adi Godrej, Chairman of Godrej Group welcomed the likelihood of NDA win - counting trends show that PM Narendra Modi is all set to win in a big way. Interestingly, Godrej has given special attention to Indian economy and how the government can help it grow in coming fiscals. He has also espoused his view on corporate taxes in India and indicated they need a revision.

When asked about the election counting day trends so far, Godrej told Zee Business TV that, "The outcome of Lok Sabha Elections 2019 is good. The NDA government will come in power again, with Narendra Modi becoming once again the PM of India. They can bring various reforms, and can look into GDP growth. Hence, i believe this is good for the nation."

Godrej believes more reforms can be introduced, which he says, “will be beneficial for the nation."

Talking about India Inc’s expectation from NDA government, Godrej says, “I believe, the government should concentrate on GDP growth, because this will improve jobs, agriculture situations.”

But Godrej brought attention on corporate tax rates. He said, "Government had announced that corporate taxes will be brought down to 25%. This has been done for small companies, however, not for bigger ones.”

He says, “corporate taxes should be brought down. In India, when tax rates are cut, there is growth in revenue and GDP.”

Currently for the assessment year 2019-20, the domestic companies have to pay a corporate tax of 25% if gross turnover is upto Rs 250 crore. While, the tax rate is higher to 30% if the gross turnover of a firm is above Rs 250 crore. Additionally, 4% tax rate is applicable as health and education cess which is added to the amount of total liability.

Further, every company has to pay a minimum alternate tax (MAT) of 18.5% on the profits they book, if the tax calculated as per above rates are below 18.5% of profits. Not only that, a 20.56% tax rate is applicable on companies as dividend distribution tax (DDT). Exemptions are given to the shareholders upto Rs 10 lakh.

Hence, burdened with a host of taxes, India Inc does demand for a reduction in their corporate taxes from the new government.