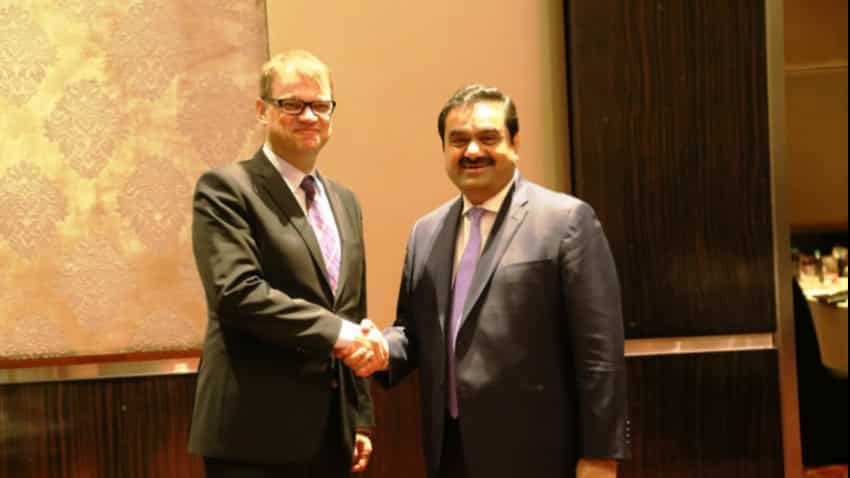 In a new report it details how Adani's Abbot Point Coal Terminal has excessive financial leverage, negative shareholders equity and runs the risk of becoming a stranded asset if Adani's Carmichael mine does not get a $1 billion Australian subsidy.

Currently, operating at just over 50 per cent capacity, the Abbot Point Coal Terminal needs the Carmichael mine to fill the gap created as its current take-or-pay contracts progressively expire.

"Securing this refinancing is going to be a real challenge, not the least because the port value has been tied to the success of the Carmichael coal mine proposal which is itself yet to secure funding and which the `big four` Australian banks have refused to touch," an official statement quoting report co-author Tim Buckley said.

"The potential for a loss of up to $1.5bn on any decision to walk away from Carmichael mine and rail proposal, explains why the Adani Group has been so focused on securing Australian tax payers money and royalty holidays to subsidise his loss making ventures," he said.

"To the extent able to be analysed from Australian Securities and Investments Commission records, Adani`s entire mine, rail and port operation in Australia looks to be 100 per cent debt financed and shareholders funds now tally an unprecedented, negative $458 million combined. The value at stake for the Adani Group`s Carmichael mine proposal is far bigger than previously understood," Buckley added.

Whilst Adani continues to search for overseas project funding, the report, "House of Cards: The Escalating Financial Risk of Adani`s Abbot Point Coal Terminal", the report traces events that make the Carmichael project an even greater financial risk.

The events include Adani's major proposed off-take coal customer, Adani Power Ltd`s 4.6 GW power plant at Mundra in Gujarat, is financially distressed and its equity is for sale for just Re 1 but has no buyers so far.

India`s thermal coal imports have continued the downward trend of the last two years and are down 13 per cent year-to-date in 2017 compared to the prior year.