As on June 29, the changes in brandings and displays were in process at Lucknow and Manglauru airports and had been completed at the Ahmedabad airport, the AAI stated. 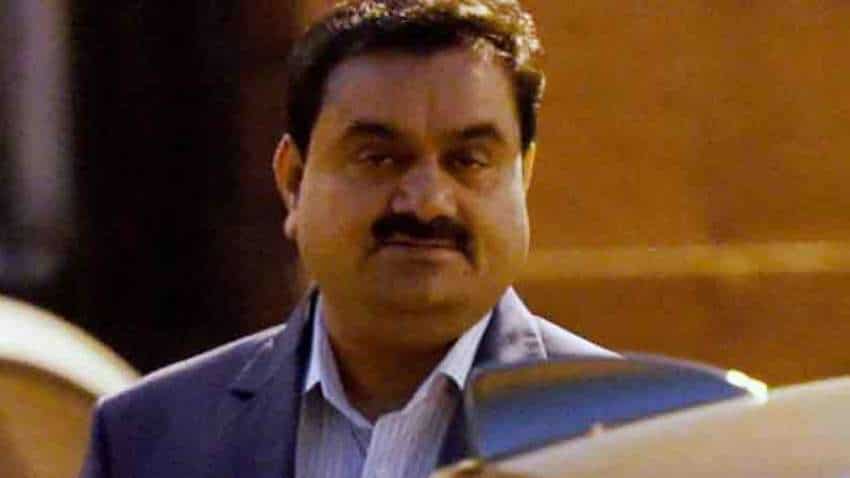 The buzz around Indian billionaire Gautam Adani-controlled company refuses to die. After it was revealed in the parliament that some of Adani group companies are being probed by the markets regulator over compliance with securities rules, now AAI has found Adani in violation of branding, logo pacts, reported news agency PTI.

Three committees of the Centre-run Airports Authority of India (AAI) in January had found the Adani group to be in violation of branding norms, prescribed in the concession agreements, at the airports in Ahmedabad, Mangaluru and Lucknow that the conglomerate took over last year.

Consequently, the Adani group companies -- which are operating these three airports -- have started making changes in brandings and displays in order to bring them in accordance with the concession agreements that they had signed with the AAI.

As on June 29, the changes in brandings and displays were in process at Lucknow and Manglauru airports and had been completed at the Ahmedabad airport, the AAI stated.

PTI has accessed various documents related to this matter, including details received in response to RTI queries.

The AAI in December 2020 found the brandings and displays at the three airports not in accordance with the concession agreements. Therefore, it wrote letters to ALIAL, AMIAL and AAIAL, asking them to take "corrective measures". However, these companies in late December responded that they have not violated the branding norms of the agreements.

A month later, the AAI formed three separate committees to carry out "joint survey" of all hoardings and displays at the three airports and check if they are in compliance with the concession agreements.

Each committee had four members: one executive of the Adani group company that is operating the airport, one official of the Centre-run Engineering Projects (India) Limited and two officials of the AAI.

In late January, the committee formed on the Lucknow airport submitted its report. It said, "The joint inspection committee found that airport name hoardings displayed by concessionaire (ALIAL) at the airport entrance and exit roads has also got Adani Airports written on both sides of Lucknow International Airport hoardings, which is in violation of concession agreement no. 5.15.2."

The committee also found that the name and logo of the AAI was not equally and prominently displayed in other displays where the concessionaire intends to display its own name, which was again violation of the Article 5.15.2 of the concession agreement.

The clause also stated that if the concessionaire intends to display its own name or its shareholders at the spots where other public notices are displayed for the users, the same will be preceded by the AAI's name.

In late January, the committee formed on the Mangaluru airport found similar violations of clause 5.15.2 by the concessionaire (AMIAL), as were observed by the Lucknow airport's committee.

At the same time, the committee formed on the Ahmedabad airport submitted its report. It also stated that the clause has been violated by the concessionaire (AAIAL) as the AAI's logo is not displayed before the logo of AAIAL and additionally, the size is not uniform.

"The size of the AAIAL logo with respect to AAI is almost 6:1 ratio," the committee on Ahmedabad airport added.

Moreover, the committee on Ahmedabad airport found that the clause 5.15.1 of the concession agreement has been "totally ignored and violated while displaying the identity of the concessionaire (AAIAL)".

Clause 5.15.1 of the concession agreement signed between AAIAL and AAI stated: "The airport or any part thereof shall not be branded in any manner to advertise, display or reflect the name or identity of the concessionaire (AAIAL) or its shareholder."

"Save and except as may be necessary in the normal course of business and always with the name of the Authority (AAI), the concessionaire (AAIAL) undertakes that it shall not, in any manner, use the name or identity of the airport to advertise or display its own identity, brand equity or business interests, including those of its shareholders," the clause added.

PTI asked the Adani group if it agrees with the findings of these three committees and if it has completed changing the displays and brandings at the three airports so that they are in accordance with the concession agreements.

In response, an Adani group spokesperson said, "We are proud to partner with the AAI and continue to work together to offer best-in-class airport infrastructure to the passengers, ensuring the most seamless and secure airport experience. The AAI and Adani Airports have mutually agreed for the co-branding at the airports and other related avenues."

"As per the agreement, logos of both the authority and the operator are displayed together in the same size on all the agreed signages and hoardings. Presence of the both strong brands demonstrates the true spirit of Public Private Partnership that aims at improving the passengers' travel experience besides connecting India and the world better," the spokesperson said in a statement.

Meanwhile, in an RTI reply dated June 29, 2021, the AAI -- which works under the Ministry of Civil Aviation -- told PTI that the ALIAL and AMIAL are currently in the process of "making changes in brandings and displays (at Lucknow and Mangaluru airports) in accordance with the provisions of the concession agreements".

However, the AAI added in the RTI reply that the "current brandings and displays at the Ahmedabad airport are in accordance with clause 5.15 of the concession agreement".

With Inputs from PTI