Unbox Zindagi is not a rebranding exercise, but brand repositioning: Kanika Kalra

Snapdeal is a brand that believes in its consumers – it cheers their victories, it believes in their dreams. It understands that each box that it delivers is not just a product, but the chance to live one’s dreams, says Kalra. 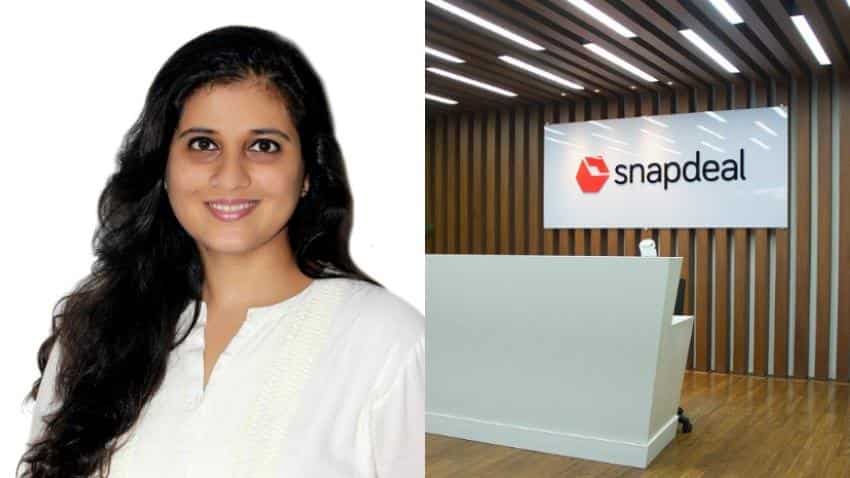 Snapdeal this week launched its new logo and a completely new brand identity as it rebranded itself by doing way with the red and blue colour logo previously and replacing with the Vermello (red) colour box. As part of the rebranding activity, the e-commerce company released the campaign 'Unbox Zindagi'.

The e-commerce company has invested Rs 200 crore in rebranding activities which focuses on wooing the next 100 million potential online shoppers. The SoftBank-backed company has pumped in over Rs 200 crore for the re-branding initiative, which will include a 360-degree marketing campaign ahead of the festive season.

In an interview with Zee Business, Kanika Kalra, Vice President, Marketing, Snapdeal spoke on the reason behind the rebranding, the allocation of the ad spends, the new logo and the agencies that made worked on it.

1. What is the reason behind the rebranding of Snapdeal?

This is not a rebranding exercise. As part of the evolution of the brand, this is a brand repositioning, with a new brand identity.

It is in the nature of brands to evolve in sync with users and their needs – both stated and implicit. The first 50 million consumers came largely from the metros, young consumers looking for deals and convenience. The customers were relatively homogeneous, needs were simple to identify and straightforward to fulfill. The first needs which marketplaces met were just the surface needs.

However, the next 100 million users will neither be that homogeneous nor will the needs be so uniform or explicit.

It is now time to focus on the next huge phase of growth and that is what our new brand identity is all about. The brand will connect with users on an emotional level by recognizing that their real needs are not transactional, but about their desires and aspirations for a better life.

The transactional hygiene of trust, speed and delivery can longer be the sole message. We anticipate more brands moving the narrative forward as they realize that the customer is evolving in her needs and understanding of this massive medium of digital commerce.

Also read: Are large spends on re-branding really worth it?

2. What is the idea behind choosing the box as the new logo of Snapdeal?
As a concept our new brandmark is implicitly simple with a powerful, uplifting message of two arrows, showing our journey as partners and enablers of our consumers. The two arrows come together into a shape of a box, representative of the moment when we reach our consumers' doorstep - a moment that holds anticipation, excitement and delight.

Snapdeal is a brand that believes in its consumers – it cheers their victories, it believes in their dreams. It understands that each box that it delivers is not just a product, but the chance to live one’s dreams.

3. Which mediums will the ad spends be allocated towards?
Rs 200 crore includes marketing spends, including the cost of this campaign and its execution across all touch points. The "Unbox Zindagi" campaign, with the new brand identity, is now live in the form of TVCs, print, outdoor and all digital media including YouTube, Facebook, Twitter and Instagram.

Unbox Zindagi is not just a marketing campaign, but is a comprehensive repositioning.

The new brand identity will be visible at each touch point with the customer - on the app, website, m-site and as part of all brand and user communication. Snapdeal products will also be now delivered in bright red "Vermello" boxes and these boxes will be a highly visible physical representation of our brand. With the choice of this new color for the box, Snapdeal salutes the confidence and passion of an India, where the aspirations and dreams are unconstrained and their fulfillment a recurring moment of celebration.

4. Will Snapdeal be allocating separate ad spends towards the Diwali marketing campaign too?
This is a massive exercise in creating a new brand entity and will be used for Diwali and will continue beyond that for long term.

5. Which are the agencies behind the rebranding of Snapdeal?
The new Snapdeal brand story has been put together by some of the finest minds from the world of branding and communications.

The new Snapdeal brand story has been put together by some of the finest minds from the world of branding and communications. Prasoon Joshi and his team at McCann have conceived and executed the “Unbox Zindagi” campaign. The campaign has brought to life by series of films directed by Amit Sharma and his team at Chrome, capturing emotions and moments that are as poignant as they are powerful. The lyrics of “Unbox Zindagi” have been written by Prasoon Joshi himself and set to incredibly uplifting soundtrack by the legendary musical genius of Shankar, Ehsaan & Loy. Raj Kamble, Founder and CCO of Famous Innovations has created the striking visual imagery for the logo launch film and print campaigns.

The brand design, built around the distinct red box and the possibilities that each unboxing brings, has been led personally by Paul Stafford, CEO and Founding Partner at Design Studio. The new logo, with two arrows forming a box, conveys Snapdeal’s journey as partners and enablers, indicating progress, onwards and upwards.

6. Is the rebranding primarily targeted to get in rural audiences?

It is targeted at both current and new users in across the country. There is no rural or urban focus - it appeals to the aspirations of users, which is a universal emotion.