Infosys looks to reboot under new CEO after stormy 2017 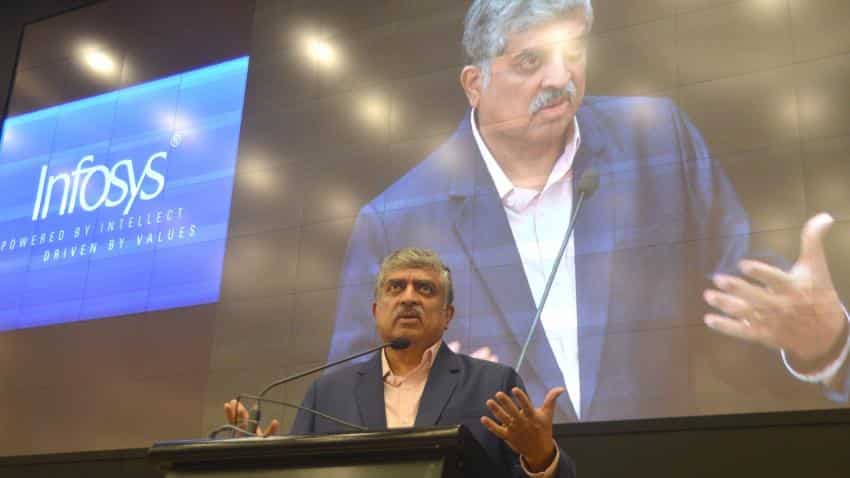 Each new year holds the promise of a fresh beginning. And a fresh start is exactly what the USD 10 billion revenue Infosys -- once considered the IT bellwether -- and its two lakh workforce now need after a stormy 2017.

With its new CEO Salil Parekh taking charge on January 2, Infosys will certainly hope to turn the page in the coming year as it seeks to move on from the year-long, public standoff between its high-profile promoters and the past leadership that kept it in the spotlight for most of 2017.

Murthy, the man who put India on the global outsourcing map, alleged that Infosys had strayed from the path of the golden governance that it was once known for.

To address concerns around capital allocation, Infosys announced a mega buyback plan of up to Rs 13,000 crore, a first in its over three-decade history.

The letter hinted that the deal was overvalued and that some Infosys executives may have benefited from the transaction.

While allegations and counter-allegations flew thick and fast in the next few months, it was in August when the then CEO Vishal Sikka put in his papers citing slander.

Sikka refrained from naming anyone but said the decision stemmed from the "malicious" and "personal attacks" on him.

The Infosys Board, at that time, rushed to Sikka's defence but it was a matter of one more week that R Seshasayee (then Chairman) and two other Board members also relinquished their positions.

This set the stage for the return of co-founder Nandan Nilekani at the helm of affairs at Infosys that has over 2 lakh employees.

Nilekani, who had himself served as the CEO between 2002 -2007, this time took on the mantle of non-executive chairman to steer the company away from the controversies that had impacted investor sentiment.

Interestingly, Infosys' Board -- under Nilekani's leadership -- gave a clean chit to the Panaya deal saying there was no merit in the allegations of wrongdoing.

The company has also filed a settlement application with the capital markets watchdog SEBI to resolve the charges arising out of alleged disclosure lapses on the severance package paid to Bansal (former CFO).

Nilekani was also mandated with finding a new CEO for Infosys, a task that was completed earlier this month.

Industry watchers say that Parekh is someone who not only has the experience of handling a global tech enterprise but is also known as a 'turnaround manager'.

The fact that Murthy has welcomed Parekh's appointment shows that the former Capgemini executive is a leader acceptable to the founders.

Infosys seems to have found an ideal match in Parekh against all odds. He has in-depth experience of the North American and European market and is also adept in handling large acquisitions, making him the perfect candidate for the role.

Experts believe he may have to work overtime to ensure that order is restored at the over USD 10 billion revenue company that was once the poster boy for the Indian outsourcing industry.

While ensuring that peace prevails between the founders and new management, Parekh will also have to tackle external challenges like increased visa scrutiny in key markets like the US and a tougher macro environment.

It will also be a tightrope walk for the 53-year old executive, who will have to drive the innovation agenda at Infosys as words like automation, artificial intelligence and machine learning become a part of everyday parlance.

Under Sikka, Infosys had set its eyes on achieving USD 20 billion revenue by 2020.

While the previous management did refer to the target as "ambitious", it was confident of reaching the milestone on the back of acquisitions and investments in new-age technologies.

The roadmap that Parekh sets on would be keenly watched, not just by investors but the industry as a whole as Infosys reboots to bring back its lost glory.

India's services activity expands to 57.2 in August; hiring at over 14-year high

US sees India as its indispensable partner: White House