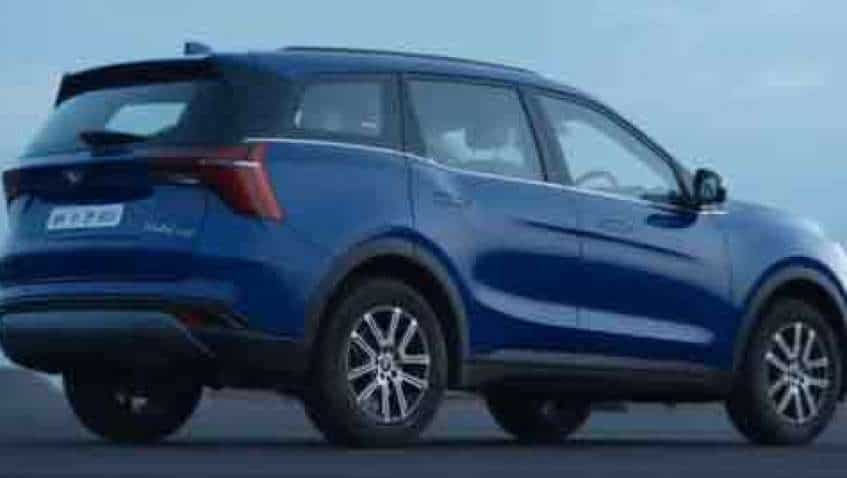 XUV 700 Launch Date: Mahindra's much-anticipated SUV XUV 700 is all set to make it global debut today, August 14, 2021. Mahindra and Mahindra will launch its latest SUV at 4pm at an event in Chennai, Tamil Nadu.

You've heard about it

You've talked about it,

You've seen it in disguise.

It’s the most awaited SUV

It is the XUV700 driven by AdrenoX.

on 14th August at 4 pm and experience a rush like never before."

Only recently, Mahindra and Mahindra launched brand new logo for XUV700 and informed that its latest SUV portfolio will be India’s first vehicle to offer integrated Alexa AI.

The XUV700 offers offline functionality for commands, including controlling the sunroof and windows, switching to a USB or Bluetooth-connected smartphone and adjusting the climate setting, so customers can stay productive and entertained even when vehicle connectivity is intermittent or not available.

Get ready to feel the rush this freedom weekend.
Catch the debut of the Mahindra XUV700 on 14th August at 4 PM.https://t.co/Udw1r5ZJ5G#HelloXUV700#XUV700 pic.twitter.com/jLNCM1dpuJ

"The new Mahindra SUV logo, to be seen first on Mahindra XUV700, is more than just a mark. It is the new us. Watch the logo reveal film narrated by Naseerudin Shah with music by Ehsaan Noorani, Loy Mendonsa here http://bit.ly/3CutPQB," Mahindra Automotive had tweeted while unveiling the new logo.

About the price, the Mahindra and Mahindra is yet to make any announcement. The automotive company is expected to reveal the official price of the Mahindra XUV700 by October 2021.