Toyota Yaris design is similar to that of Corolla Altis, but the sedan is smaller in size. Maruti Suzuki Ciaz, Hyundai Verna, Volkswagen Vento and Skoda Rapid are the cars that directly come into competition 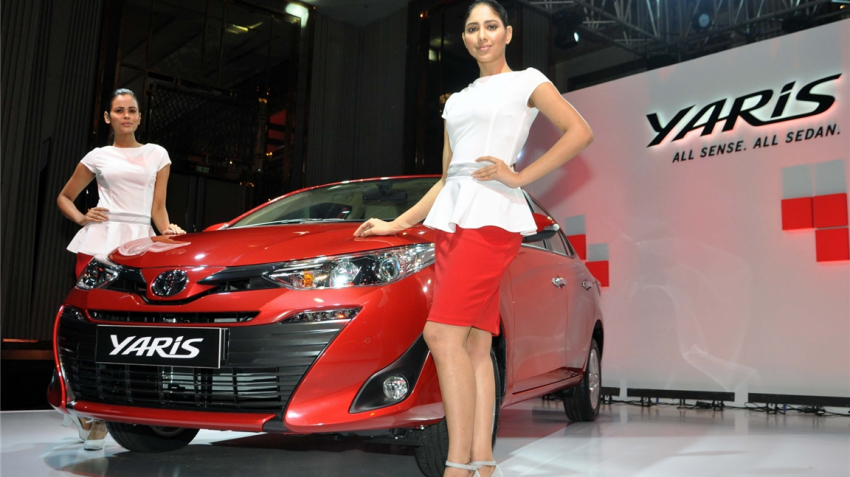 Even as the Indian market isn't yet fully tilted towards adopting global safety standards in cars, Japanese carmaker Toyota, which launched the Toyota Yaris in India at a price of 8.75 lakh,  says the safety of its drivers are its top priority. Toyota Yaris design is similar to that of Corolla Altis, but the sedan is smaller in size. Maruti Suzuki Ciaz, Hyundai Verna, Volkswagen Vento and Skoda Rapid are the cars that directly come into competition with Yaris and with these unique features, this mid-size sedan, which was was first unveiled at the Auto Expo 2018, is looking to score over others.

N Raja, Deputy Managing Director of  Toyota Kirloskar Motor in an interview with DNA said, "Safety is at the core of Toyota’s holistic approach through end to end operation from manufacturing to customers and society at large. With a thrust on improved infrastructure, better roads, more highways and cars with latest technology there is an increasing need to ensure road safety.  Customers even in smaller cities have started acknowledging the importance of safety features in vehicles and don’t mind spending extra."

Among the safety features of Toyota Yaris are:
1. As many as 7 airbags
2. Rear camera
3. Front and rear parking sensors
4. The car has also hill-start assist  control features, so that the car does not slide back while going on mountainous roads
5. ABS (Anti-lock Braking System) along with EBD (Electronic Brakeforce).
6. Rain sensing wipers
The car is powered by a 1.5-litre dual VVT-i petrol engine with 6,000rpm and a peak torque of 140Nm @ 4,200rpm. Yaris has a six-speed manual gearbox.  Toyota is also offering a seven-speed CVT automatic transmission in all the variants. However, there is no diesel version available as of now. Raja said that the ABS & EBD were standardised for all variants and models with the launch of Etios Platinum in September 2016. He added that the company also offers ISOFIX child seat as safety fitment, which is becoming an industry standard.

Toyota was the first to standardise front dual airbags across all its models with the launch of Toyota Etios in 2015, he revealed and added that now with Yaris is the first in the segment to offer 7 SRS airbags across all variants. Raja also revealed the reason behind the decision. He said, "Keeping in mind the growing awareness amongst customers and the evolving need for better safety features, Toyota has introduced global safety features in Indian market much before it was made mandatory by Indian regulations."

Toyota cuts production target by 3% on parts and chips shortages

Apple in talks with Toyota about Apple Car production: Report