We don’t know that whether there will be a vaccine upside or a virus downside; future predictions are difficult: Shashank Srivastava, ED, Maruti Suzuki 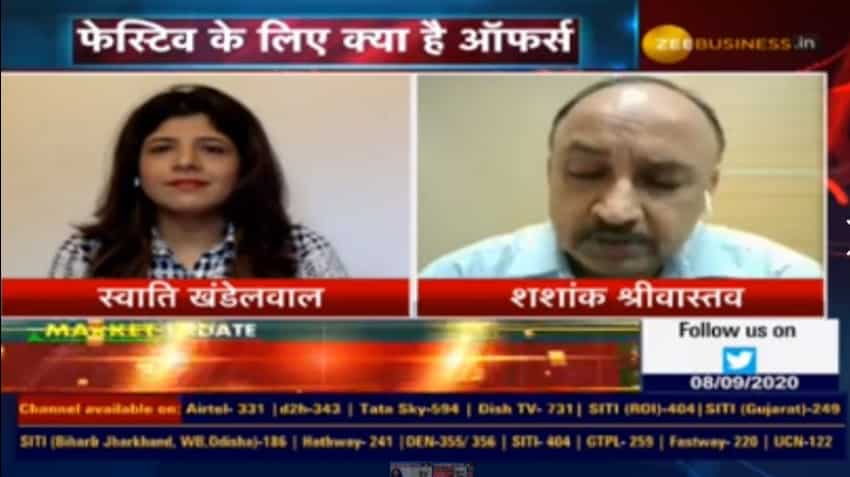 "August numbers compared to July were around 15%-16% and against last year also the number was up by almost 20%," Shashank Srivastava said
Written By: Jitesh Kumar Jha
Edited By: ZeeBiz WebTeam
RELATED NEWS

Q: You have posted encouraging monthly sales number in recent past. Sales have shot up 17% year-on-year basis and 15% month-on-month basis, which means there is a recovery. What were the key reasons for this recovery and do you think that this is sustainable in the rest of FY21?

A: Rightly said that the month-on-month growth, i.e. August numbers compared to July were around 15%-16% and against last year also the number was up by almost 20%. Having said that I would like to say that last year’s second quarter was not a very good quarter for the industry. If you have a look at the last year’s numbers then the August sale was the lowest last year across all the months, except March, I think because lockdown was implemented in the month. So I feel, concluding by comparing with the last year numbers would be little wrong and difficult. Secondly, you asked about is expected in future then I would like to say that demand for car depends on the economic per capita GDP growth and right now it is not clear yet that how the economic fundamentals will move. COVID-19 has also created an uncertain environment and we in the industry say that there can be a virus downside.

If it, the virus, spreads than we may have to face headwinds. When it comes to vaccination upside will occur if a vaccine is discovered, then perhaps we can also get tailwinds. So, the environment is very uncertain, this is why the OEMs are facing difficulties in talking about future predictions.

Q: Festive season is around the corner and you derive 40% revenue from the rural areas. Do you think that demand will grow further there?

Rabi Crop: We believe that there has been a record production of Rabi crop this year and it stands at 151 million tonnes, which means that the income level of rural areas will go up.
Kharif Crop: Kharif crop’s sowing has been good. This year, Kharif showing area is about 7-8% more than the 1,000 lakh hectares, where is stays generally.
Monsoon is 10%- 12% higher.

Due to these combinations, we have seen a good rural bounce back and this is why the rural area's contribution to the Maruti has increased from last year’s 38% to 41% this year.

Q: What is your outlook for the urban setup in terms of demand in Tier-I and Tier-II cities as well as metros?

A: If August 2020 is compared with the last year, then we have seen a recovery in the urban areas as well. It happened as there is a gradual decline in the number of containment areas in urban areas. For instance, a strong impact of the pandemic was seen in cities like Chennai, Bangalore, Delhi, Pune and Mumbai but there is some improvement in these places. At the same time, more showrooms and outlets have been opened in these cities as containment areas have gone down. This is why a bounce-back was seen in urban areas as well. I would also like to inform you that the overall industry sales stand around 80-82% in urban areas, while it is 18-20% in rural areas, but it is more for Maruti Suzuki and I am talking about the industry. So, it is important that there is a bounce-back in the urban areas as well, only then we can see a long-term bounce back in the auto industry. It happened in August and I hope, going forward the development will continue.

Q: Festive season is around the corner. Are you considering plans related to discounts, if yes, throw some light on the kind discounts that will be offered and the products?

A: If we look at the Onam that has just happened in Kerala or Ganesh Chaturthi that is celebrated across the Western Part of the Country and has a lot of importance then some improvement was seen in these reasons when compared to last year. Car buying in economic terms is a discretionary purchase which is made when the sentiments are positive. As far as discounts are concerned then there is a huge cost pressure over OEMs because there has been a tremendous volume loss in the first quarter. So in a way, we have to maintain a balance between (i) there is cost pressure on OEMs, which will have an effect of not increasing the discount levels because chase promotion budget is bit low and (ii) It is true that if we want to increase the volume then there will be a pressure from the customers to increase the sales promotion. So, we will have to maintain a balance between the two. The last thing I would like to say is that we believe that the customer looks more on the value of the product rather than the discounts.

There is an equation of value and each brand has different equation and in this, I feel that during this pandemic situation the customers will move towards more reliable, dominant and known brands. That’s why I feel that the value equation of Maruti Suzuki is better and that’s why I don’t feel that the discounts will be increased in near future.

Q: In the recent past, we saw the government’s inclination towards reducing the GST on two-wheelers for a certain period. What are your expectations from the government in terms of your vehicles or mid-segment vehicles in term of reduction of GST?

A: There was a negative growth in the industry last year and one of the big reasons was that the cost of acquisition for vehicles has gone up, may it be about the taxes or changes that were made in the vehicle due to the emission norms or safety norms or increased cost of insurance or something else that led to an increase in the cost. So, the cost of acquisition in a price-sensitive country, like India, plays an important role in terms of demand. And, I think that we saw that phenomena last year. The cost of acquisition should indeed be brought down to increase the demand but at the same time, I must say that the government is well aware of every sector and is supposed to look after the entire economy and they know that the level of suffering of every sector. They also have to see that the fiscal deficit doesn’t go up. They also know how much to borrow and we are not aware of it. So, our stand is very clear here that we will focus on things that are under our control and we do not speculate what the government will do, will there be a rate cut or not, it should be done and in which segment and when it should be done.

We are focusing only on the subjects that are under our control. Currently, we are focusing on the ways to sell maximum vehicles by facilitating the customers in the best possible manner.

2020 US Presidential election to be most expensive in history, expected to cost USD 14 billion