From BMW, Mercedes Benz to Toyota, luxury car-makers are scaling up their products besides adding variety and what buyers can now do, is wait for some truly spectacular vehicles to be rolled out. 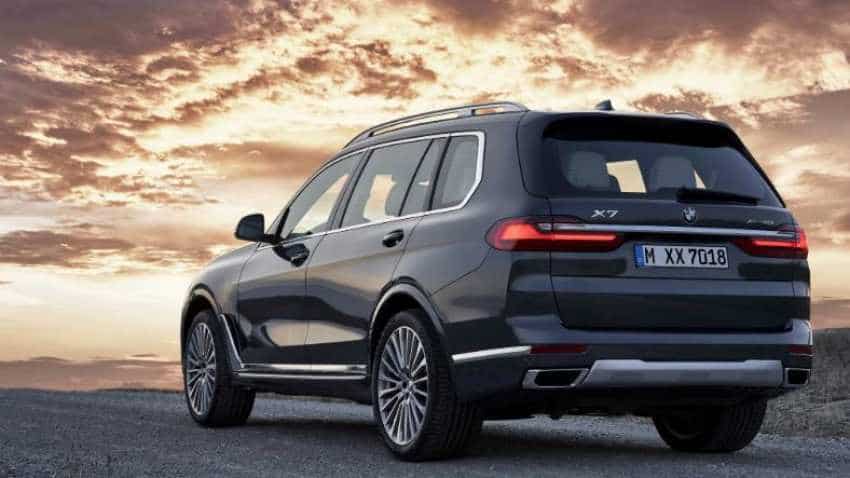 From BMW, Mercedes Benz to Toyota, luxury car-makers are scaling up their products besides adding variety and what buyers can now do, is wait for some truly spectacular vehicles to be rolled out. Source: www.press.bmwgroup.com

From BMW, Mercedes Benz to Toyota, luxury car-makers are scaling up their products besides adding variety and what buyers can now do, is wait for some truly spectacular vehicles to be rolled out. These car-makers are reaching out to fulfil the needs of the customers and do this in an extremely opulent way! Find out the cars that are set to be launched in 2019:

Toyota Camry
The all-new Camry will launch in India in a hybrid assembly only on January 18, 2019. In comparison to the previous model, the current petrol-electric powertrain has been modernised to a total of 208hp (176hp/221Nm via the petrol engine and 118hp from the electric motor). The 8th generation Camry is based on the same program as that of the Lexus ES 300h, which means that the new car is bigger and more spacious than the model which is outgoing. The new sedan has also been reframed to look more aggressive and an updated cabin. There’s a new 8.0-inch touchscreen infotainment system, a 10-inch head-up display and a 7.0-inch multi-information display in the instrument bunch. Toyota’s new offering will rival Skoda Superb, Volkswagen Passat and Honda Accord. Toyota Camry is expected to be priced at about Rs 39 lakh (ex-showroom).

Tata Harrier
Tata Harrier, one of the most expected launches of 2019 is set to launch on January 23, 2019 and is expected to be priced between Rs 16-21 lakh (on-road). It will rival Hyundai Creta, Mahindra XUV500 and Jeep Compass for buyers attention. However, there's no automatic gearbox or AWD on offer at launch, the Harrier is based on the same lines as that of Land Rover’s Discovery Sport. It is expected to be more proficient off-road than its front-wheel-drive rivals. The 140hp, 2.0-litre diesel engine which is sourced from Fiat Chrysler Automobiles, will have three drive modes – Eco, City and Sport. Definite styling, roomy interiors, a feature-rich cabin and a well intact safety kit mean that Harrier has plenty of customers waiting.

BMW X7
BMW’s all-new SUV, the X7, will be launched in India first in its top range M50d segment on January 31, 2019. The expected price is Rs 1.6 crore and is making its way to India two months after its international launch in November. It is equipped with a quad-turbocharged, 3.0-litre inline six-cylinder diesel engine that generates 400hp and a massive 760Nm of torque.
While BMW will bring topmost version first, the lower variants – the xDrive40i (340hp, 3.0-litre petrol) and xDrive30d (265hp, 3.0-litre diesel) – will arrive in September 2019. All engines are matched to an 8-speed automatic that sends power to all four wheels. Even though it hasn’t been confirmed yet, the X7 may be offered in two seating arrangements - six-seat and seven-seat. The cabin is comparable to the X5’s and comes with a 12.3-inch touchscreen infotainment display, soft-close doors, four-zone climate control system, a three-piece glass sunroof, a park assistant function with a reversing camera and a reclining function for all three rows.

Mercedes-Benz V-class (Jan 24)
Mercedes is set to make its re-entry with the premium luxury MPV segment with the V-class. The current model, which has been selling internationally since 2014, will be shipped from Spain as a CBU. Mercedes will consider local assembly for the V-class, depending on its sales. The Indian model is expected to come in two lengths - 5,140mm and 5,370mm - and two seating arrangements - six-seater and seven-seater. The MPV will be powered by a BS VI-compliant version of Mercedes-Benz’s 2.2-litre, four-cylinder diesel engine, which will be matched to a seven-speed automatic gearbox. The expected prices for this luxury range from Rs 75-80 lakh (ex-showroom).