We expect a retail growth of 15-20% in the festive season but the big if connected to it are how the CORONA pans out, is there a second wave of the pandemic or a vaccine is developed, says Tarun Garg, Director, Sales & Marketing, Hyundai Motor India. 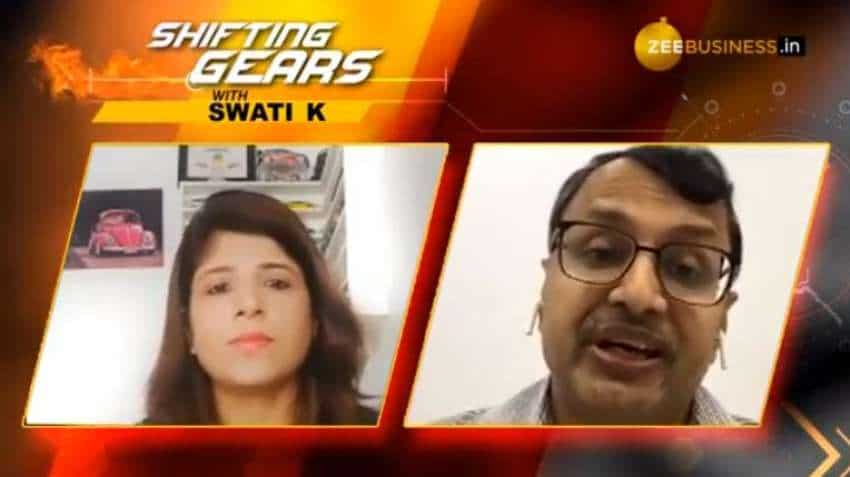 During an exclusive interview with Swati Khandelwal, Zee Business, Mr. Garg said, that a pleasant recovery has been seen in the auto sector in the post-COVID era and it has been better than our expectations.
Written By: Jitesh Kumar Jha
Edited By: Asit Manohar
RELATED NEWS

We expect a retail growth of 15-20% in the festive season but the big if connected to it are how the CORONA pans out, is there a second wave of the pandemic or a vaccine is developed, says Tarun Garg, Director, Sales & Marketing, Hyundai Motor India. During an exclusive interview with Swati Khandelwal, Zee Business, Mr. Garg said, that a pleasant recovery has been seen in the auto sector in the post-COVID era and it has been better than our expectations. The chat was live on Zee Business Facebook page.

Talking about the way demand is panning out and recovery that Hyundai is seeing for its products, Mr Garg said, frankly speaking, post-COVID, there has been a very pleasant recovery for the auto sector. Of course, in April, we were at a zero level, then May was better than April, June was better than May and July was better than June and August was, of course, better than July. Now, we are entering the festival season from October. So, yes recovery has been better than expected, which is very good. How much of it is because of the pent-up demand of April and May? How much of it is pre-pond? Because we have seen an interesting trend is that customers want immediate delivery of cars because the car has suddenly become a very important need more than a discretionary purchase. So, I think that is also helping the numbers in August, September and going forward. Thus, so far so good and we are looking at the festival season with a lot of optimism.

When asked that the company has got a sense in the pre-festive season about how the demand is shaping up and on the same line does he expect that this year is going to be as good as last year than Mr Garg said, this is a very interesting thing because normally we tend to compare with the last year but July to September period of last year was not such a good period for automobile sales. It was a very low period and that is why we get excited when we see August sales number and 20% growth and maybe September will also look very good. But then what happened last year that October, November and December were extremely good because all the postponed sales of July-September came in October-November and festival was very good. To put it simply, normally, we see an upside of 15-20% during festival season and I don’t think that it is going to be different this time. But you have to see the base should be this year, what we are experiencing this time, now in terms of retails. I think we can expect a retail growth of 15-20% going forward to the festival. Of course, I would like to add that it has a big if in terms of how the CORONA pans out, the second wave happens or some positive news about the vaccine happens. So those are the riders, which we have to be cautious about whenever we are projecting about the future.

On enquiring about the product segment where demand has returned strongly, Mr Garg said when the lockdown was opened then there were talks that entry-level vehicles will be sold more because customers are probably in slight economic distress. And yes, Hyundai has also seen the trend that the entry-level was sold well. But one-two things have emerged that places where strong brands and strong products are present, customers have moved out and bought those vehicles as well. So, if I will talk about the SUVs then a good growth was seen in the segment in the last 4-5 years. In fact, four years back from here, SUV used to contribute only 8% to the overall market, which has increased to 25% by now. Hyundai has been benefitted by the launch of the new CRETA and we are doing 11,500-12,000 new CRETA. Similarly, Hyundai Venue that was launched last year was re-launched this year with a new iMT technology and we have leadership in it. If we have a look at the numbers from April to August, the Venue has gained leadership in less than 4-meter space, CRETA has gained leadership in more than 4-meter SUV space and VERNA has gained leadership in the more than 4-meter Sedan space. Now an important question comes, why they got the leadership and I would like to highlight an important aspect here that Hyundai has had a philosophy that for every car buying intender in the country, we want to be at the consideration side. If you would have seen than Hyundai have four types of the petrol engine, three types of turbo petrol engines, four types of diesel engines, two types of CNG engines and electric vehicle (EV). So, we want to provide choice to every customer. IN BS-VI, we have petrol, diesel, CNG as well as automatic, where we have five types of automatic vehicles. So, the whole idea is that India is a country of billions of dreams and we want to be there for every customer with a choice of a car. I think that it has helped a lot to get a market leadership in these segments.

Watch full coverage in video below:

When asked about the new product on which Hyundai is working and the gaps that Hyundai would like to fill in to which Mr Garg said it is an important question and identifying the customer segment is a very big challenge for every original equipment manufacturer (OEM) and Hyundai have always tried to take a lead in this like I think Hyundai gave the tall-boy design to India through Santro. If we talk about the last year then we created a benchmark in less than 4-meter space with Venue and this year in the less than 4-meter space in Sedan, we brought Aura. So, we always try to do something new. When it comes to premium segment then we have brought new Tucson and Elantra. So, we are on a continuous lookout of opportunities in different segments. So, we will continue to bring new products and little suspense should be maintained always to make sure that curiosity of the customers remains, intact. On behalf of the Hyundai, I would like to say to the customers that continue to have expectations from Hyundai. We will be happy when you will push us and keep high expectations from us, so that when we will meet them, then it will please you as well as us. I think that is very important for us as that keeps us on our toes.