The most awaited launch of Royal Enfield 650 twins in India has finally happened. The Royal Enfield Interceptor 650 and the Continental GT 650 have been launched in India. 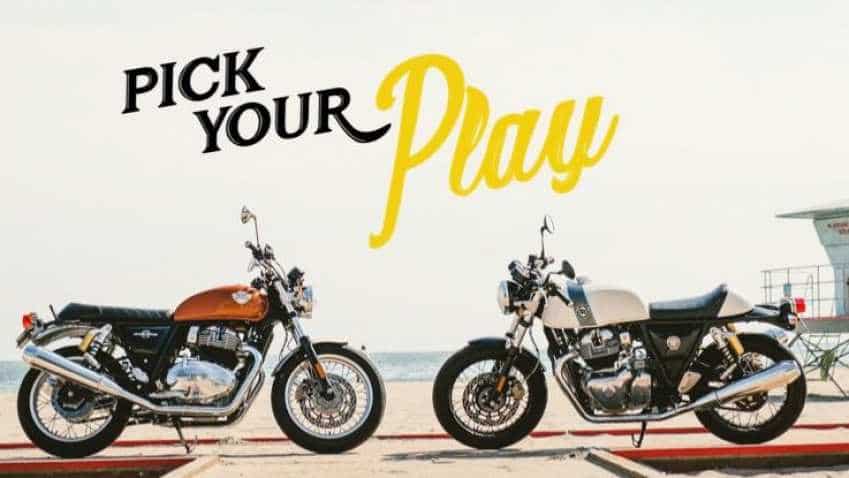 Royal Enfield also revealed the rates with the Interceptor 650 being priced at Rs 2.50 lakh and Continental GT 650 priced at Rs 2.65 lakh. The roadster bikes will be available in 3 categories; Standard, Classic and Custom with a slight price difference.

Royal Enfield said the Interceptor 650 and Continental GT 650 prices may be even lower in some of states. In fact, they may fall as low as Rs 2.34 lakh, reported Car and Bike. As per report, the company launched the awaited twins under Rs 3 lakh to ensure they sustain in the fiercely competitive Indian market.

The impending launch had created quite a buzz and helped boost pre-booking for these Royal Enfield's twins across the country. Royal Enfield Interceptor 650 is one of a kind, and provides bikers a chance to explore India on wheels.

Whereas, the Continental GT 650 is for quick travel over short distances. Both bikes may look different but contain similar mechanical configurations. The twins are  equipped with a 47 horsepower powerplants at 7250 RPM and maximum of 52 Nm torque at 5250 RPM, engine along with 4 stroke overhead cam and digital spark ignition.

Royal Enfield twins are augmented with six speed gearbox for the first time with slipper clutch that is an assist feature for light lever feel.

The tyre and brakes are also of same choice for the twins, the Continental GT 650 and the Interceptor 650 both have 320 mm floating front disc and 240 mm along with Bosch dual channel ABS with an intention to provide strong, predictable stopping power.