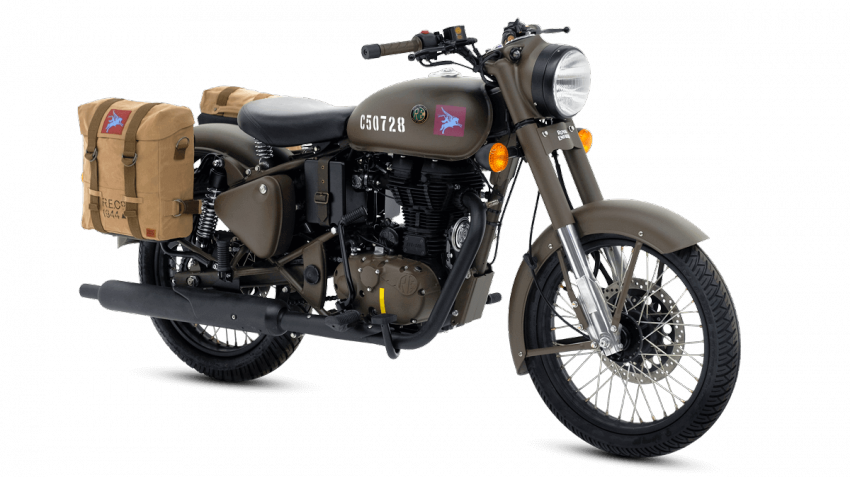 With only 1,000 units to be made available globally, only 190 Royal Enfield Classic 500 'Pegasus' bikes will be available in Britain. The online booking of the Pegasus will be open from July at a price tag of 4,999 pounds.

"The story of the Flying Flea is both remarkable and inspiring, and it has a history like no other motorcycle," said Royal Enfield CEO Siddhartha Lal after a grand launch ceremony in Duxford, Cambridgeshire.

Describing the Classic 500 Pegasus as a homage to the legendary war stories and to the resilience and pedigree of Royal Enfield, he said: "Rugged military motorcycles have been an integral part of Royal Enfield's heritage and continues to be till date, as we endeavour to build classic, simple, enduring motorcycles. He also added, "our machines have played important role in both World Wars, earning a reputation for endurance in the toughest conditions."

Royal Enfield which claims itself to be the oldest motorcycle brand in continuous production, produced munitions, artillery equipment and motorcycles during both World Wars. Even today it continues to supply motocycles to the Indian armed forces.

Each of the 1000 new Classic 500 Pegasus motorcycles comes with a maroon and blue Pegasus emblem, the official Parachute Regiment insignia on the fuel tank along with an individual stencilled serial number.

These limited edition motorcycles will be painted in the wartime colours of Service Brown and Olive Drab Green, except in India, where only Service Brown will be available.

The Pegasus motorcycles' markings are based on a genuine World War II Flying Flea used by the 250th (Airborne) Light Company, now in Royal Enfield's official collection at the company's UK Technology Centre.

Each limited-edition motorcycle will come with a bespoke set of military-style canvas panniers bearing the Pegasus logo. Each motorcycle will have authentic markings of military motorcycles, including brown handlebar grips, a leather strap with brass buckles across the air filter, blacked out silencers, rims, kickstart, pedals and headlight bezel to complete the period look. Royal Enfield, which is now a division of Eicher Motors in India, made its first motorcycle in 1901.