FADA will be strongly advocating for a leaner inventory of 21 days for its members thus helping them reduce a huge cost burden to stay afloat in these challenging times. 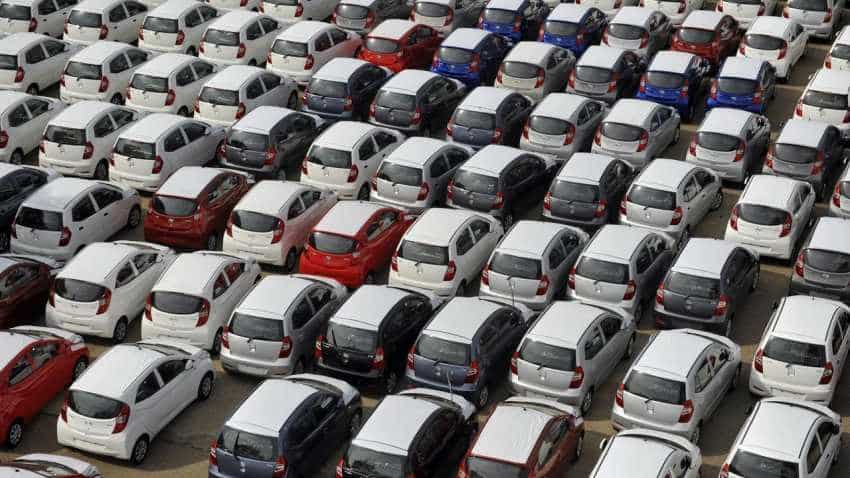 Kale said that despite negative situation, which is expected to continue over the next 8-12 weeks. Photo: Reuters
Written By: PTI
RELATED NEWS

Three-wheeler sales saw a dip of 13 per cent to 47,183 units last month. Total sales, across categories, declined by 8 per cent to 16,38,470 units in April, against 17,86,994 units in the same month last year. "On a year-on-year basis, there was de-growth in all the categories as April 2018 had a very high base," FADA President Ashish Harsharaj Kale said in a statement.

The near-term outlook continues to be negative to neutral with the absence of any immediate positive triggers which could affect retail sales, he added. Kale said that despite negative situation, which is expected to continue over the next 8-12 weeks, the industry still believes that things could become better if there is a stable government in place. Besides, an average to above average monsoon with an even spread and continued easing of liquidity by Reserve Bank of India can also help the sector, he added.

Kale said that inventory levels continue to remain high and requires further correction than done in recent months. "We believe that high inventory at this time is an extra burden on the auto dealers especially when the current environment is witnessing negative sales growth combined with extremely tight working capital availability," he added. FADA will be strongly advocating for a leaner inventory of 21 days for its members thus helping them reduce a huge cost burden to stay afloat in these challenging times, Kale said.

He added that consumer liquidity in April has seen marginal improvement but continues to be tight and still far away from the normal levels. "FADA is extremely concerned at the dealer liquidity which continues to remain very very tight and access to working capital for dealers has reduced further with the banking system taking a negative view towards auto retail in the current circumstances," Kale said.

Faced with an unusually high number of dealership closures in recent times, especially in metro and tier 1 cities, a substantial number of which were due to financial stress, FADA will be engaging with government along with the RBI to work upon a separate categorisation for auto retail and its funding requirements, he added.