Unveiled in the Paris Auto Show last year, Audi Q5 will soon be available in India for sales at starting price of  Rs 55 lakh. 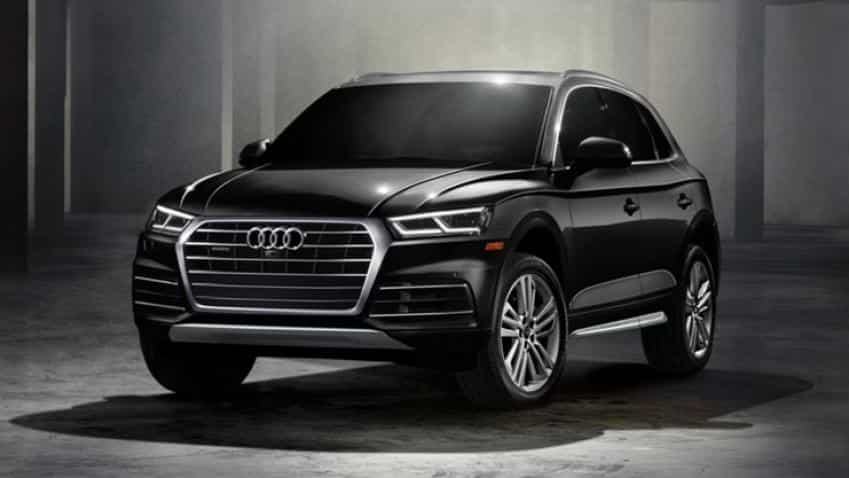 Can drive in EVs in India by 2020 if infra is ready: Audi

The German-luxury car maker Audi may launch its next generation Q5 model in India in January 2018.

Audi Q5 was unveiled at Paris Motor Show last year and is currently available in the international market.

“The 2018 Audi Q5 is all set to be launched in India in January next year. The SUV will hit Indian markets after the second week of the month once its media ride concludes,” said a Financial Express report.

CarDekho.com report said that the new Audi Q5 has been spotted in the country ahead of its expected launch.

Audi on its site stated, “Appointed with rich infotainment systems, the Audi Q5 lets you live the good life. The available Audi virtual cockpit is a fully digital 12.3-inch instrument cluster that allows the driver to customize information such as navigation and audio, offering classic and infotainment modes as well as Google Earth or Google Street View screen options."

In India, the Audi Q5 is expected to be featured with 2.0-litre petrol and diesel engines having 252PS and 190PS power figures, respectively. Also transmission duties for both the engines will be given to a 7-speed S-Tronic gearbox.

Further, it may include an 8.3-inch infotainment system with handwriting recognition, Audi’s MMI interface (with navigation) paired with a Bang & Olufsen sound system and a 12.3-inch ‘Virtual Cockpit’, which replaces the analogue instrument cluster.

Audi Q5 might be sold at Rs 55 lakh after its launch in India. It will compete against other luxury cars like Mercedes-Benz GLC, BMW X3 and Volvo XC60.

Can drive in EVs in India by 2020 if infra is ready: Audi