The Modi 2.0 Government has approved the long-pending Motor Vehicle Amendment Bill that has proposals for hefty penalties for violating the traffic rules. 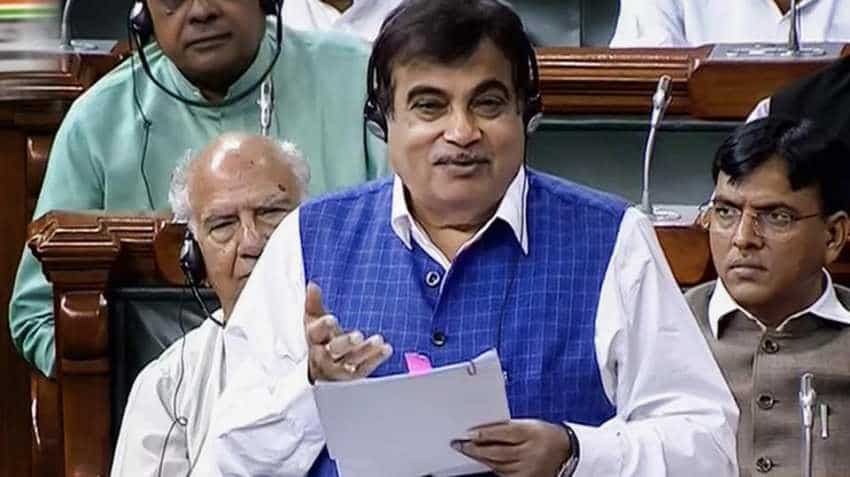 The Bill, approved by the Cabinet on Monday, proposes Rs 10,000 fine for not giving way to emergency vehicles and Rs 10,000 for driving despite disqualification. Photo: PTI

The Modi 2.0 Government has approved the long-pending Motor Vehicle Amendment Bill that has proposals for hefty penalties for violating the traffic rules that includes Rs 10,000 fine for not giving way to the emergency vehicles and for driving despite disqualification, a source close to the government informed. the bill was pending in the Upper Hosue of the parliament that lapsed after the end of 16th Lok Sabha term. Regarding road safety, stricter provisions have been proposed for offences like juvenile driving, driving without licence, dangerous driving, drunken driving, over-speeding and overloading. The Bill, approved by the Cabinet on Monday, proposes Rs 10,000 fine for not giving way to emergency vehicles and Rs 10,000 for driving despite disqualification. Aggregators violating driving licences will be fined up to Rs 1 lakh, as per the provisions in the Bill.

"The Cabinet, chaired by Prime Minister Narendra Modi has approved the Motor Vehicles (Amendment) Bill. It provides steep penalties for violation of various traffic norms," the source said. The proposals are based on the recommendations of transport ministers from 18 states, which were vetted by the Standing Committee of Parliament. The Bill includes penalties in the range of Rs 1,000- 2,000 for over-speeding.

As per the Bill, driving without insurance will be punishable with Rs 2,000 fine, while driving without helmets will attract Rs 1,000 fine and 3-month suspension of licence. The provisions also include that guardian/owner will be deemed to be guilty in case of road offence by juveniles while registration of the vehicle will be cancelled.  As per the new provisions "guardian/owner shall be deemed to be guilty and there will be a penalty of Rs 25,000 with three years imprisonment and cancellation of registration of the Motor Vehicle".

Traffic violations would now attract a penalty of Rs 500 in place of Rs 100 earlier, while disobedience of orders of authorities will attract a minimum penalty of Rs 2,000 in place of Rs 500 earlier. Penalty for unauthorised use of vehicles without licence has been proposed at Rs 5,000 while those driving without licence will have to shell out the same amount and those found driving despite disqualification would be fined Rs 10,000. Penalty for dangerous driving would be increased to Rs 5,000 from Rs 1,000, while drunken driving under the proposed new law would attract a fine of Rs 10,000.

"If aggregators are found violating lincensing conditions, they will be charged a sum of up to Rs 1 lakh" while overloading of vehicles would attract a penalty of Rs 20,000. Those not wearing seat belts would attract Rs 1,000 fine and those not wearing helmets while driving two-wheelers would be charged a penalty of Rs 1,000 while their licences will be disqualified for three months.

For offences committed by enforcing authorities, the fine has been proposed to be double. The driving training process has also been strengthened under the proposed law. To help road accident victims, Good Samaritan guidelines have been incorporated in the Bill.

The government will try to introduce the Motor Vehicles (Amendment) Bill in the forthcoming session of Parliament, Transport and Highways Minister Nitin Gadkari had earlier said.  The Motor Vehicles (Amendment) Bill, which had been passed by the Lok Sabha, was introduced in the Upper House in April 2017 but was referred to a select panel. After taking into account the panel's recommendation, the Bill was re-introduced in the Rajya Sabha but the debate on the bill remained inconclusive. (With inputs from PTI)