India's largest car maker Maruti Suzuki India (MSI) on Wednesday announced that it will recall as many as 5,900 units of its light commercial vehicle Super Carry to replace faulty parts free of cost. 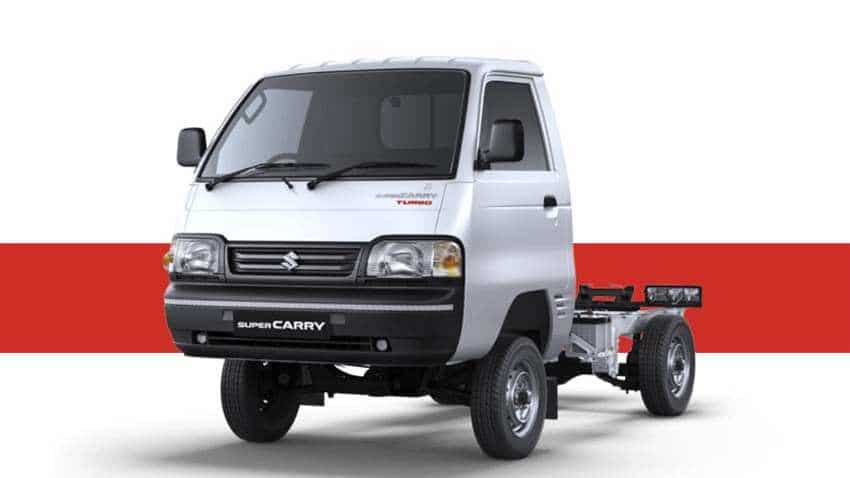 India's largest car maker Maruti Suzuki India (MSI) on Wednesday announced that it will recall as many as 5,900 units of its light commercial vehicle Super Carry to replace faulty parts free of cost. The company said that the step is being taken to ensure the safety of customers. It said that the recall campaign will be held proactively and voluntarily by the company to fix the fault vehicles. Recall campaigns are undertaken globally to rectify faults that may be potential safety hazards.

As part of the campaign, Maruti Suzuki aims to inspect possible defect in fuel filter of 5900 Super Carry vehicles manufactured between April 26, 2018 and August 1, 2018. The company said that this would also include vehicles in which fuel filter has been replaced in field during this period.

Maruti Suzuki will start recalling the vehicles from December 26.

"Starting 26th December 2018 owners of the suspected vehicles will be contacted by Maruti Suzuki dealers for inspection and replacement of the faulty part free of cost," the statement read. The customers can also visit the official website of the company - marutisuzuki.com and fill in the chassis number (MA3 followed by 14 digit alpha-numeric number) on the computer screen to check if their vehicle needs any attention.

The chassis number is embossed on the vehicle ID plate and is also in the vehicle invoice / registration documents.

Earlier in October this year, the company had recalled 640 units of Super Carry in a similar campaign to fix a possible defect in the fuel pump supply. The recall covered Super Carry units manufactured between January 20 and July 14, 2018. MSI rolls out Super Carry from its Gurugram facility. The vehicle comes equipped with a 793-cc diesel engine.