The company is confident of increasing its market share in utility vehicles, as this segment has found likeness among customers. 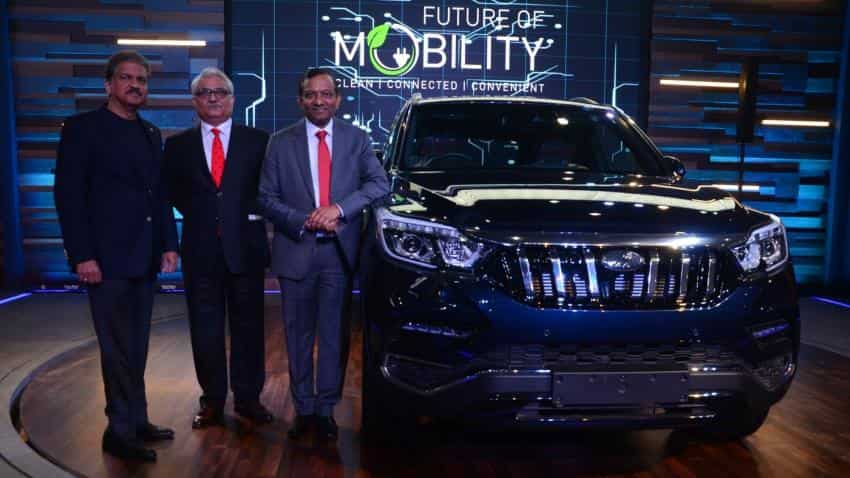 While touching new milestones in its SUV segment with Bolero’s sales touching 10 lakh units, Mahindra & Mahindra (M&M) is prepping up to launch another utility vehicle XUV500 on Indian roads by next week. The company is confident in increasing its market share in utility vehicle, as this segment has found likeness among customers, and the auto major is leaving no stone unturned to strengthen its foothold in it.

Mahindra will reportedly launch the updated XUV500 in the Indian market on April 18, 2018.

According to AutoCar report, there is new-look grille up front in new XUV500, which is  embellished with a thick chrome surround and studded detailing. The bumper has been tweaked as well, with higher variants sporting a dual-tone faux skid plate, while the reprofiled headlamps get projector units and LED Daytime Running Lamps (DRLs).

The company has also updated the infotainment system of the new XUV500 and will also introduce a new smartwatch app under its BlueSense banner, said the report.

The new Mahindra XUV500 will have power update, while running on 2.2-litre diesel, delivering 155hp at 3,750rpm and 360Nm of torque at 1,750-2,800rpm on the top-spec variant. Engines will also get sixth-gen turbocharger along with new ‘eVGT’ technology that works according to the ECU signals and acceleration. It will be offered in five diesel engine along with single petrol variant to customers.

Reportedly, the company  will also sell the recently introduced 140hp 2.2-litre petrol motor on the XUV500. The price of this brand new SUV is expected to be hiked by Rs 25,000 to Rs 30,000 compared to the outgoing model.

Mahindra, however, announced that its iconic SUV, Bolero, has touched a new milestone, having sold 10 lakh units, since inception.

Bolero  has also regained its position in the list of Top 10 Passenger Vehicles of India where it features as the third highest selling SUV in the country. The car registered a growth of 23% on year-on-year basis, outperforming the industry, which has just witnessed 17% yearly growth.

Veejay Ram Nakra, Chief of Sales & Marketing, Automotive Division, Mahindra & Mahindra Ltd, said, “ Further the successful launch of the Bolero Power+ has helped the brand to grow steadily, in spite of several new launches in the UV space. I am sure that the Bolero will continue to be as popular on Indian roads in the years to come”.

The launch of the Bolero Power+ in 2016 has been an evolution of this powerful brand and since then the Bolero has grown steadily. With an enhanced value proposition, the Bolero Power+ delivers more power, more mileage & a peppier drive. This has further enhanced the brand’s appeal. Bolero is the preferred choice not only amongst its core customers, but also amongst a larger set of buyers, as per Mahindra.

Bolero has evolved significantly, incorporating features and aesthetics in line with the changing lifestyle and aspirations of the Indian consumers over the years.