Is Tata Motors' Hexa capable enough to take on competitors?

Tata Hexa goes head to head against the Mahindra XUV500 and the Toyota Innova Crysta, which are the top cars in the segment. 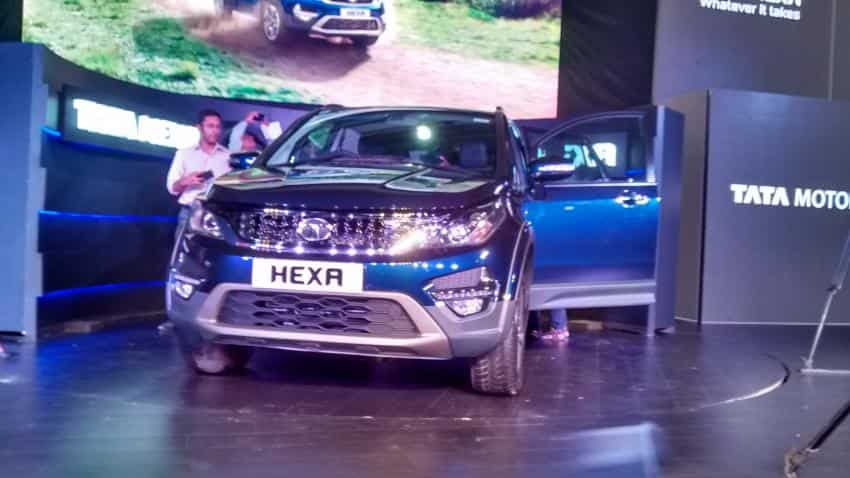 Tata Motors on Wednesday launched the its latest car the Hexa, the first in the premium crossover segment for the company. The SUV was launched at a price of Rs 11.99 lakh to Rs 17.49 lakh (ex-showroom, New Delhi).

The Hexa is the latest offering from the Tata Motors stable after the launch of the Tiago in April last year.

The SUV is primarily going to take on the likes of the Toyota Innova Crysta and the Mahindra XUV500.

Lets pit them against eachother to see how they stack up on paper.

Prices
Tata Motors has priced its new offering quite competitively. At a Rs 11.99 lakh introductory price tag, the Hexa is cheaper than both, the Mahindra and the Toyota and should be able to find it's way around the crossover SUV segment that has popular players like the XUV500 and the Innova Crysta. That's one worry out of the way on the word go for Tata Motors.

Prices of the Hexa go up to Rs 17.49 lakh (ex-showroom Delhi). Mind you, these are just the introductory prices and Tata Motors is likely to hike them going ahead.

The Hexa gets two engine options, the VARICOR400 and VARICOR320, which are both 2.2 litre BS IV diesel engines.

The Innova Crysta gets more powerful powertrains in both the 2.8 auto and 2.4 variants.

The Mahindra XUV500 has a similar engine to the Hexa at 2179cc, 4-cylinder turbo engine.

All three cars have their engined mated to 6-speed automatic and manual transmissions.

The Tata Hexa is marginally longer in comparison to the Toyota Innova Crysta and the XUV500 is much smaller.

On paper, it looks like Tata has got things right, putting it's first crossover SUV at an advantage with its competition. Looks like the Hexa could be a serious competitor in the segment.

Toyota Innova Crysta's sales have been quite good in 2016, while the once very popular Mahindra XUV500 has been struggling.

In December, Toyota posted 65.4% year-on-year growth in the Innova Crysta's sales (32.8% on month). This is despite demonetisation which has had auto companies in a bunch. The sales of the Mahindra on the other hand fell 31.2% YoY decline in sales in December.