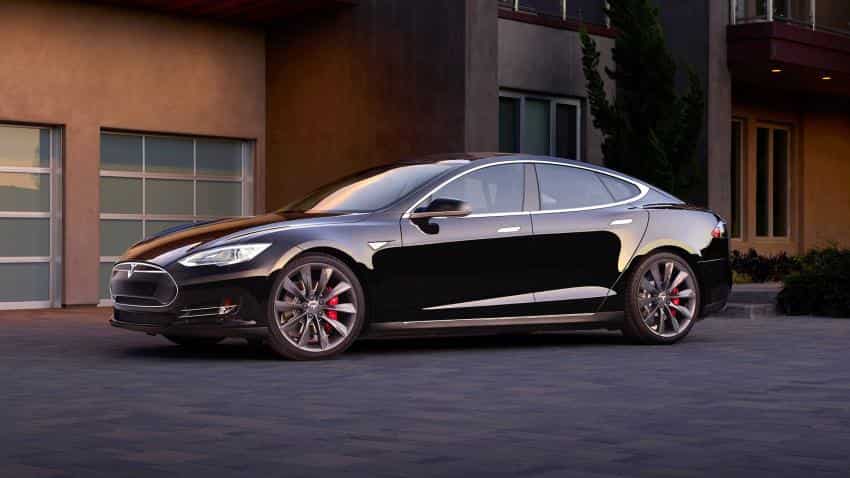 Tesla unveiled the much-awaited Model 3 in the US on Friday. The electric car major also said that it will enter India with the Model 3.

While the company will begin global roll-out of the vehicle in late 2017, it announced that it is taking orders at a starting price of $35,000 (approximately Rs 23.2 lakh), limiting it two units per person.

Model 3 will be Tesla's most affordable car yet and achieves 215 miles of range per charge while starting at $35,000 before incentives. The company's others models include Model S and Model X which are priced much higher at $62,400 and $80,000.

In India, Tesla's Model 3 however, didn't elaborate on the launch date or the price.

However, with the Indian government implementing several schemes and subsidies for electric vehicles, the price of the car could be much lower.

The government last year had launched FAME India (Faster Adoption and Manufacturing of Hybrid and Electric vehicles), an initiative that promised to provide Rs 795 crore support till 2020 for manufacturing sale of electric and hybrid vehicles.

Apart from this, last week the government planned to make India a nation with 100% electric vehicles and is already considering making electric cars available for zero down payment.

Many expect Model 3 to be priced at about Rs 30 lakhs in India.

However, the pricing of Tesla's Model 3 in India will depend on the segment it is looking at targeting.

However, these luxury cars come at a high price tag. The Mercedes Benz S Class comes at price of Rs 1.14 crore, the BMW X5 comes at a price tag of Rs 73 lakh and the BMW X6 is priced at Rs 1.15 crore.

Despite the growth, Tesla has unveiled Model 3 as a mass-market car and would definitely like to be placed at a much affordable rate in India. Also, considering that Musk has set a sales target 5,00,000 by 2020 it would have priced at an affordable rate.

This could lead Tesla to target the D2 segment that would suit the new electric car. Some of the cars is this segment include Honda CRV, Toyota Camry, Mitsubishi Pajero Sport and Toyota Fortuner. Most of these cars are placed in the price in Rs 20 lakh to Rs 28 lakh price range.

The sales in some of the cars in this segment has been much higher too. For instance, the Honda CRV clocking in a 195% year-on-year (YoY) growth in sales, while Toyota Camry has seen a 85.7% YoY growth in sales, according to data from Team-BHP.

This would make the segment much more attractive for Tesla to put the Model 3 into.