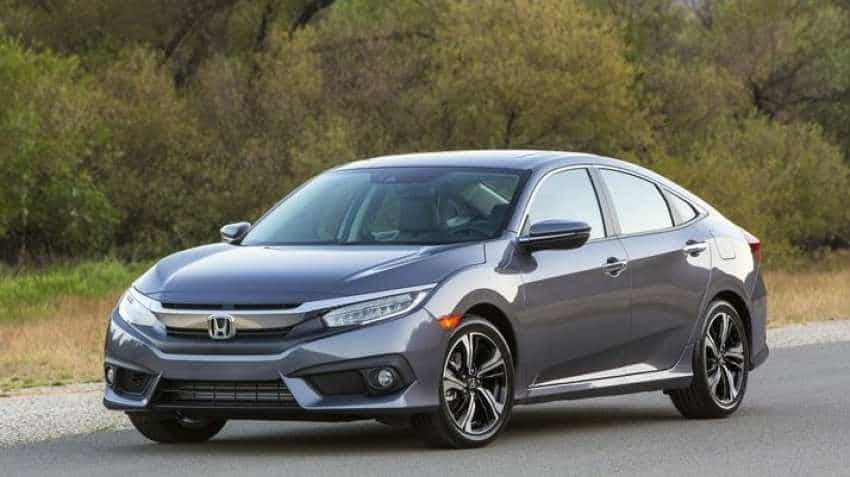 Honda Civic 2019 will come with a diesel engine option for the first time.

Honda is set to bring Civic back to the Indian market, about six years after it had decided to discontinue the sedan. The new model will be launched in March 2019 and will come with two engine options -- a 1.8-litre, 4-cyl and i-VTEC unit -- churning out 141 PS at 6500 RPM and 174 Nm at 4300 RPM. The car will come with a diesel engine option for the first time. The official price of Honda Civic will be announced at the launch but it is expected to be between Rs 16 lakh and Rs 20 lakh.

HCIL Senior Vice President and Director (Sales and Marketing) Rajesh Goyal said with sedan lineup complete for the time being, the company may now focus at strengthening other body styles, PTI reported. Goyal, however, did not reveal any details about any specific information about the product. According to the report, the diesel trims of Honda Civic sedan will come with 1.6 litre engine, while the petrol versions will come with 1.8 litre engine mated with a CVT (automatic) transmission.

The company had discontinued the Civic sedan in India in 2013. It sold nearly 55,000 units of the sedan since its launch in 2006.  There has been a strong anticipation of its launch in the country ever since the company showcased it in the last edition of the Auto Expo,

it said.  With this launch,  Honda will have four sedans across various price range to cater to a wide range of customers. Its sedans are Amaze, City, Accord and the upcoming Civic. Sedan segment is pegged at 10,000 units per annum, dominated by the likes of Hyundai Elantra, Skoda Octavia and Toyota Corolla.

Honda expands its footprints, SP125 motorcycle to be available in Australia, New Zealand