Hero Cycle's e-bike brand Lectro E-Mobility Solutions has big for manufacturing all its cycles and their accessories in India within the next one year. 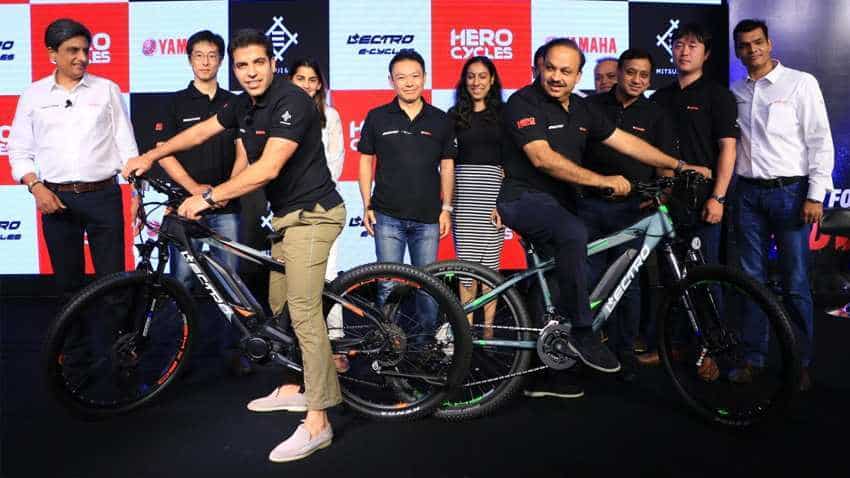 Hero Lectro Director Aditya Munjal was of the view that locally manufacturing e-bicycles and their parts would help making the cycles affordable.
Written By: ZeeBiz WebTeam
RELATED NEWS

Hero Cycle's e-bike brand Lectro E-Mobility Solutions has big for manufacturing all its cycles and their accessories in India within the next one year. "The company is investing on research and development (R&D) and localisation. Currently, the design for the company's products is done in Manchester, UK, and it has an R&D centre in Greater Noida," Hero Lectro Director Aditya Munjal said, as per a report in IANS.

"We are investing into product, R&D innovation and localisation with regards to 'Make in India' where we have a plan to localise all e-bikes within one year's time...which mostly is battery and controllers," he said.

Munjal was of the view that locally manufacturing e-bicycles and their parts would help making the cycles affordable.

Although the company is the market leader in terms of electic bicycles in the country, it aims to have a market share of 10 per cent in the bicycle market, and 2 per cent of scooter and motorcycles market in three years time, he added

Regarding the demand in tier-I and II cities, the Hero Lectro Director said that around 65 per cent of the sales comes from these cities, while the rest 35 per cent originate in the tier-I cities.

Region-wise the southern part of India leads in demand, he said.

"Currently South (India) is doing the best for us, because Bangalore for example is where the techies are really experimental with new technologies. Bangalore has so far been our best performance city," Munjal told IANS.

He was of the opinion that e-bicyles would play a major role as the call for a pollution-free cities grow and the trend in energy usage for transportation changes.

Talking of the concerns for industry, Munjal said that e-bicycles should be brought under the ambit of the Faster Adoption and Manufacturing of Electric Vehicles-2 (FAME-2) scheme, which would provide incentives to e-bicycle makers and lower the price of the bicycles.

FAME 2 offers incentives to manufacturers, who invest in developing electric vehicles and its components, including lithium-ion batteries and electric motors.

"The problem is that all the e-vehicles, scooters and cars and motorcycles fall under FAME-2 and they get a benefit which they can pass on to the customer. E-cycles right now do not fall into that."

Recently, Hero Lectro launched the 'Townmaster' -- a throttle electric bike which can be charged from a regular plug point. It can ride 30-40 km on a single charge of around 3 hours.