Nitin Gadkari, Minister for Road Transport & Highways and Micro, Small & Medium Enterprises, Government of India, provided assurance to the automobile industry of support from the government. 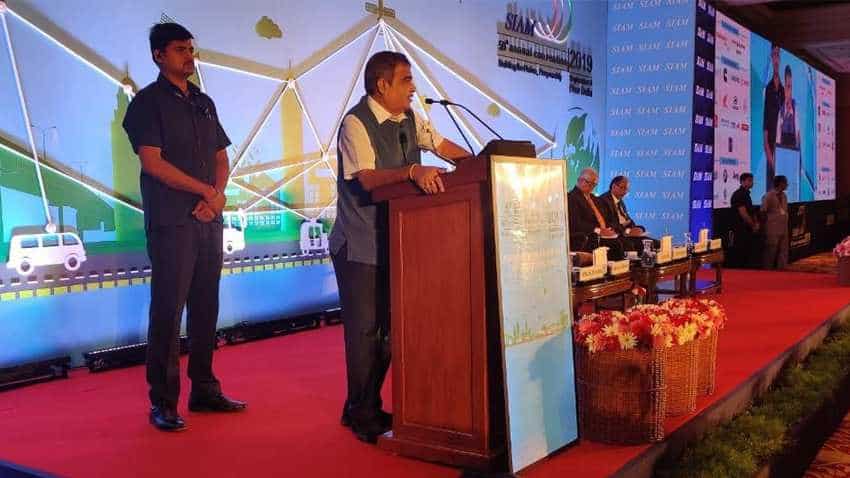 Gadkari assured that the government is trying to bring out the scrapping policy quickly, which will lower production costs to a huge extent.

Society of Indian Automobile Manufacturers (SIAM) organised its 59th Annual Convention today, titled “Building the Nation, Responsibly: Moving into a New Era of Auto Industry”. At the convention, Chief Guest Nitin Gadkari, Minister for Road Transport & Highways and Micro, Small & Medium Enterprises, Government of India, provided assurance to the automobile industry of support from the government and said that he will take up the industry’s demand of GST reduction with the finance minister.

Talking about the issues related to auto financing, Gadkari asked the auto industry to establish its own, proprietary financing arm to boost sales. He stated, “The industry has asked that there should be reduction in GST of petrol and diesel vehicles considering the forthcoming increase in prices of vehicles and the BS VI norms deadline. Even if GST is reduced for some time, it will help the sector to increase vehicle sales.” He also said, “GST on electric vehicles has been reduced from 12% to 5%. I will propose to the finance ministry to make the same benefit available for hybrid vehicles.”

Gadkari assured that the government is trying to bring out the scrapping policy quickly, which will lower production costs to a huge extent. He further added, “I also want to clarify that though there have been talks that government is planning to ban petrol and diesel vehicles, we are not going to do anything like that.”

Uday Kotak, President- Designate, CII and Managing Director & CEO, Kotak Mahindra Bank Ltd said, “Auto industry needs to emphasize on exports to boost supply. This will help to overcome the stress present in the domestic market. The rupee which is weak at present will also favour this method.”

Speaking at the event, Rajan Wadhera, President, SIAM & President (Automotive Sector), Mahindra & Mahindra Ltd reiterated the need to reduce GST on automobiles. He also highlighted the need for the government to consider a single nodal regulatory ministry for the auto industry. “The automotive industry is integral to economic and social development of the nation. With BSVI norms coming into effect from April next year, restrictions on different vehicles based fuels needs to be removed for the auto industry to be at par with the best in the world when it comes to pollution.”

Presenting the current scenario, Wadhera said, “The automotive industry constitutes almost 50% of manufacturing GDP, 15% of GST revenue and employees 37 million people directly and indirectly. Till now, 15,000 contractual manufacturing jobs and have been lost and another million are at risk if the slowdown is not reversed.”

Speaking on the auto component industry, Ram Venkataramani, President, ACMA & Director, Amalgamations Component Group, said that the auto component industry crossed the 57 billion dollar mark in 2018-19. Talking about the importance of the sector, he said “The industry currently employs 50 Lac people and contribute 2.3% to the country’s GDP. The current transition to BS VI norms has also impacted our revenues to an extent.”