In May, Toyota laid out plans to invest in Uber to create flexible vehicle leasing terms. 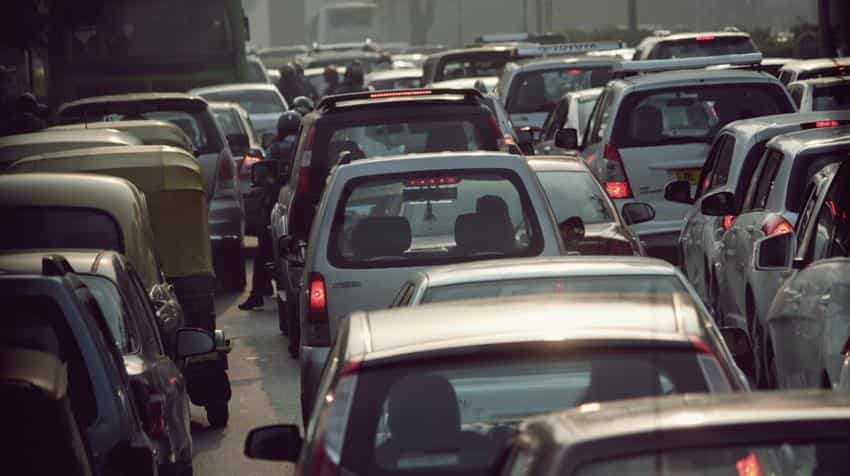 On rising popularity of app-based taxi aggregators like Ola and Uber in the country, Indian carmakers are forging partnerships with them to push the sales of their cars.

While the common notion in the automobile market has been that app-based services and car pooling services will bring down automobile sales, carmakers can be seen turning this into an opportunity to push their sales.

This was recently seen when Mahindra & Mahindra (M&M) forged a joint initiative with Ola. The carmaker committed to finance $400 million (nearly Rs 2,661.1 crore) to sell over 40,000 of its cars to Ola drivers.

The tie-up was intended to bridge the gap between online taxi services and automakers.

Apart from the latest tie-up with Mahindra, Ola also has a deal with Nissan Motor to sell cars to its drivers. Only last month, Tata Motors's parent Tata Group, became the first Indian carmaker to tie up with Uber.

A Business Standard report noted that Ola already has over 4,50,000 cabs plying on the Indian streets, while Uber claims 3,50,000 cars on its platform.

In India, Ola and Uber are fighting to dominate the market. Uber has reportedly lost around $2 billion (conversion) in China, which made it shift its target to India. Uber recently sold its entire China operations to market leader Didi Chuxing.

"Uber has committed a substantial amount from the $3.5 billion it raised from Saudi Arabia’s Public Investment Fund to win India, where it still lags behind local rival Ola," the report said.

Ola, on the other hand, delayed a $1 billion funding round from investors, saying that it had enough money from the $900-million it raised last year, to battle Uber, the report added.

Apart from Tata Motors and Mahindra, Toyota has a global partnership with Uber for its Etios model.
But the carmaker maintains that exploring ride hailing companies to boost sales doesn't mean it's giving up on individual buyers or other competing business models, the report added.

In May, Toyota laid out plans to invest in Uber to create flexible vehicle leasing terms.

As we have reported earlier, several carmakers have such deals in overseas. Take General Motors, for example -- in January, the carmaker announced a $500 million (nearly Rs 3,326.38 crore) investment in Lyft, with plans down the road to develop an on-demand network of self-driving cars.