Volkswagen has unveiled its first Next-Gen electric car, the ID.3 at the 2019 Frankfurt Motor Show. Priced at about Rs 24 lakh, the ID.3 will be rolled out in three variants that offer between roughly 205 and 340 miles of range. The EV is expected to hit the roads in mid-2020. This is touted as a long-range e-car. 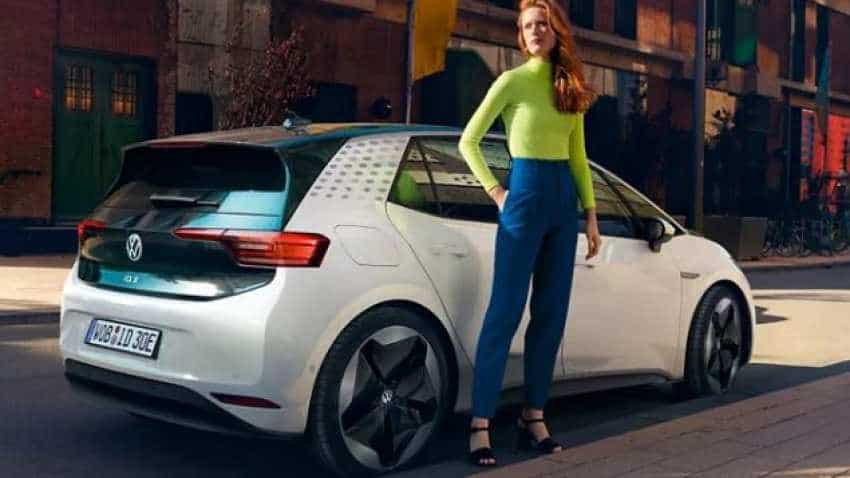 Volkswagen has unveiled its first Next-Gen electric car, the ID.3 at the 2019 Frankfurt Motor Show. Priced at about Rs 24 lakh, the ID.3 will be rolled out in three variants that offer between roughly 205 and 340 miles of range. The EV is expected to hit the roads in mid-2020. This is touted as a long-range e-car.

The ID.3 is an all-electric hatchback by Volkswagen that comes in three different battery configurations. Here are all the features, specs and other details.

The base model of the ID.3, which has a 45kWh battery and offers 330 kilometers, or 205 miles of range, while the two larger capacity variants of the car will feature 58kWh and 77kWh batteries, and will respectively offer around 420 and 550 kilometers (or 261 and 340 miles) per charge. 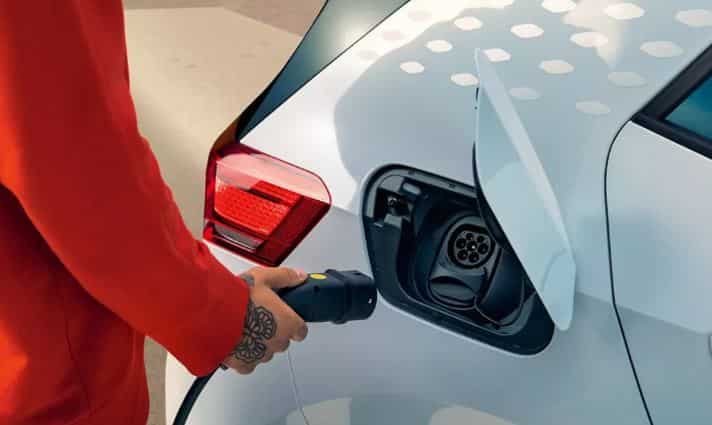 Volkswagen ID.3 interiors feature a spacious cabin. Drivers and passengers will find an interior that is quite high-tech. The focus is a new 10-inch touchscreen that adds beauty to the middle of the ID.3’s dashboard. VW has also opted to rely on touch-sensitive buttons everywhere in the cabin except windows and the hazard lights. It has an optional 'augmented reality' heads-up display that projects information onto the ID.3’s windshield, and voice-activated controls that can be triggered by saying 'Hello ID.' The car has a wireless charging mat for smartphones, and buyers can upgrade to a Beats-branded stereo package, which VW says 'offers an audio atmosphere like at a live concert.' The ID.3 can be acessed with a keyless entry, and the car’s LED matrix headlights adds a different look to the car.

ID.3's high voltage battery is there in the chassis floor to keep the centre of gravity low and free-up class-leading amounts of cabin space. While the remaining auxiliary power supplies for things such as the air conditioning and assisted steering are all housed in the front end, where you'd traditionally find an engine.

It has a plenty of room in the back for a practical-size boot. In fact, the 385 litres of luggage space behind the rear seats is - impressively - five litres more than you get in today's Golf hatchback. Equally admirable is the car's long-distance capabilities. While the ID.3 shares similar dimensions to the Golf the styling is undeniably more futuristic. 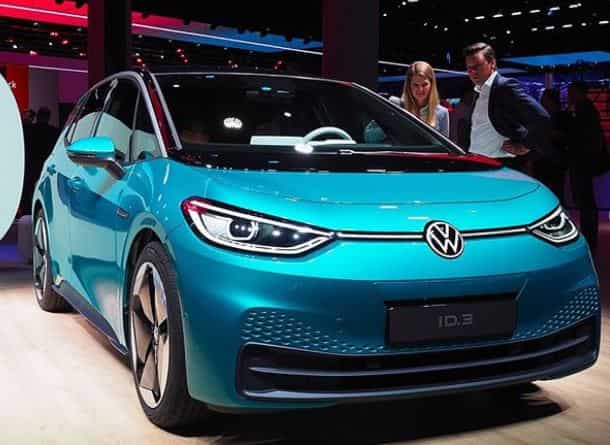 The front-end design focuses on sleek, aerodynamic shapes and lines as well as the inclusion of groundbreaking new technology. While the wheels, available in sizes from 18 to 20 inches, are dish-like alloys shaped in a way that they efficiently transfer airflow away from the vehicle.

The ID.3 will be produced at VW's Zwickau factory in Saxony, Germany, which is externally provided with renewable energy that's generated by a hydroelectric power station - and has been since 2017. This is part of the car maker's plan to make its electric vehicle range carbon neutral, which also includes an efficient recycling concept for the batteries once they come to the end of their service life. However, the customers will also be rewarded with a complimentary WeCharge scheme for the first year of ownership.