Merchandise exports for October fell 1.12 percent from a year ago to $23.1 billion. 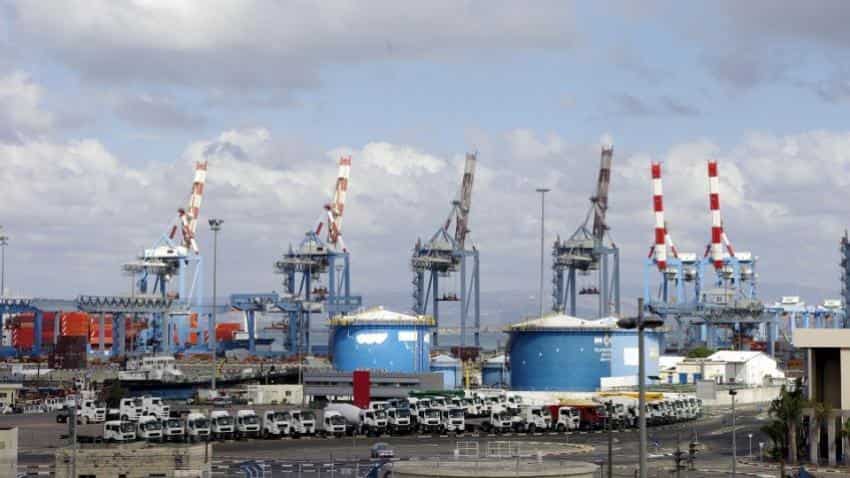 India`s trade deficit widened to its highest in nearly three years in October, government data showed on Tuesday, as export growth contracted for the first time after more than a year.

The trade deficit widened to $14.02 billion last month from $8.98 billion in September, data from the Ministry of Commerce and Industry showed.

The trade deficit has widened by more $31 billion in the first seven months of the current financial year to $86.15 billion, which could put pressure on the current account deficit of Asia`s third largest economy.

Merchandise exports for October fell 1.12% from a year earlier to $23.1 billion, dropping for the first time since August 2016, dragged down by fall in gems, jewellery and textile exports.

A large number of exporters have been unable to meet their export orders despite a revival in global demand as billions of dollars were stuck under the new nationwide tax launched in July, exporters said.

"The refund of inputs tax credit under the new Goods and Service Tax system has been stuck since July, hitting exports," Ganesh Kumar Gupta, president of Federation of Indian Export Organisations, said.

Higher crude oil prices and a more than a quarter jump in volume from a year ago pushed India`s petroleum imports to $9.29 billion, also helping to widen the trade gap.

Crude prices have rallied, sending Brent crude to its highest since June 2015, a worry given that India imports most of its energy needs.

Crude on boil: This is how vulnerable India is to oil price rise