India, US will continue to work for inclusive growth: Ivanka

The summit, co-hosted by the US and India, "is a testament to the strong friendship between our two people and the growing economic and security partnership between the two nations," she said. 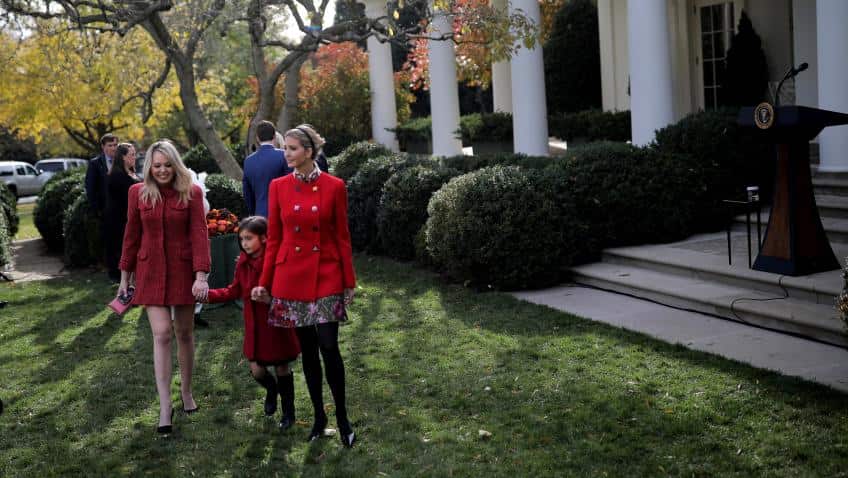 India and the US will continue to work together to increase economic opportunities and inclusive growth, US President Donald Trump's daughter and adviser Ivanka Trump today said, days ahead of her visit to Hyderabad for a global business summit.

Ivanka, 36, will lead a high-powered American delegation of officials, women entrepreneurs and businessmen for the Global Entrepreneurship Summit (GES) 2017 in Hyderabad, a three-day summit beginning November 28.

The summit will be attended by 1,500 entrepreneurs from 170 countries and would have around 350 participants from the US, a large number of whom are Indian-Americans.

Ivanka would deliver the keynote address at the summit, which would be inaugurated by Prime Minister Narendra Modi.

She said that her aim for this summit is to serve as an open and collaborative environment for the exchange of ideas, to broaden networks, and to empower entrepreneurs to take their ideas and passion to the next level.

"The US and India will continue to work together to increase economic opportunities and inclusive growth. I very much look forward to my visit and to seeing Prime Minister Modi and Foreign Minister (Sushma) Swaraj once again," Ivanka told reporters on Tuesday.

Incredibly excited to be visiting India next week for the eighth annual Global Entrepreneurship Summit (GES), she said.

The summit, co-hosted by the US and India, "is a testament to the strong friendship between our two people and the growing economic and security partnership between the two nations," she said.

"Entrepreneurship, domestically and abroad, is a key priority for this administration. The US recognises innovation and entrepreneurship as essential tools for job creation, economic growth and stability across communities, countries, and regions," she said.

The summit will be attended by over 1,200 entrepreneurs, of which 350 are from the US, representing 38 US States.

"I am particularly proud of the fact that this is the first time that women will be the majority of participants at the GES. Currently 52.5 per cent of entrepreneurs will be women, attending from 127 different countries," Ivanka added.

More than 10 countries including Afghanistan, Saudi Arabia and Israel will be represented by an all-women delegation, the State Department had said.

According to the officials, Ivanka is likely to spend some time on sightseeing, including a possible stop at the Charminar during her visit.

Prime Minister Modi during his visit to the White House in June had invited Ivanka to visit India.

Ivanka is an American television personality, fashion designer, author and businesswoman, besides being an advocate for the education and empowerment of women and girls.

The daughter and adviser of the US President has been an executive vice president of the family owned 'The Trump Organisation' as well as serving as a boardroom judge on her father's TV show 'The Apprentice'.

According to Tom Vajda, Acting Deputy Assistant Secretary of State for South and Central Asian Affairs, the GES will underscore the US-India partnership and the spirit of innovation and entrepreneurship that our two countries share.

In addition to the 1,200 emerging entrepreneurs, the summit will also see participation of an additional 300 investors and supporters, such as incubator and accelerator representatives, joining from around the world.

"The event will create an important platform for entrepreneurs and particularly women to pitch their ideas, build partnerships, secure funding and find their target customers.

"Both the US and India are firmly committed to promoting entrepreneurship, not just in our own two countries but around the world, because we share the belief that entrepreneurship drives economic growth and creates jobs, establishing a foundation for a more prosperous world," Vajda said.

The GES really is the preeminent annual gathering of emerging entrepreneurs, investors and policy makers from all around the world, said Michelle Bekkering, Senior Deputy Assistant Administrator and Senior Coordinator for Gender Equality and Women's Empowerment.