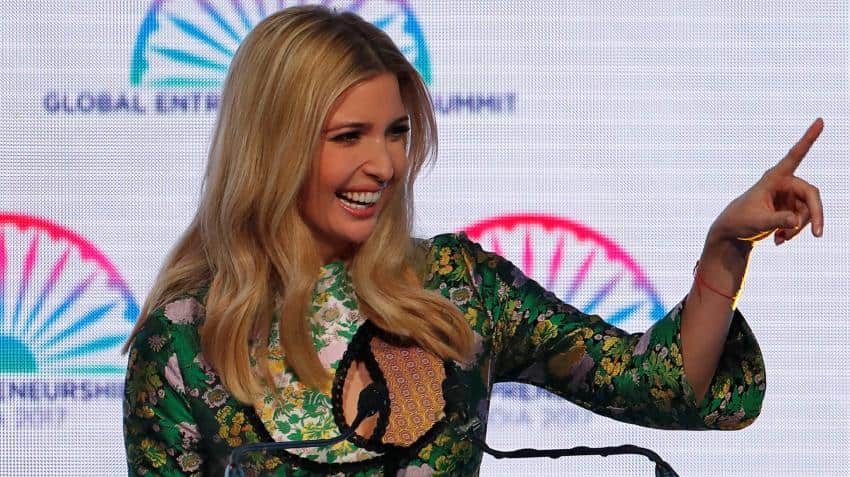 US Ambassador to the United Nations Nikki Haley today applauded Ivanka Trump, US President Donald Trump's daughter and his advisor, for promoting female entrepreneurs during her ongoing visit to India.

Ivanka is currently in India leading a high-profile US delegation to the Global Entrepreneurship Summit (GES) in Hyderabad being co-hosted by the two countries. This is her first visit to India in this capacity also that of a member of the First Family.

"Globally it means creating an environment where women- across the world-have access to the capital & mentorship they need to succeed," said Haley, who is the highest ranking Indian-American in the Trump administration.

In recent weeks, Haley said that she was planning to visit India this year but could not go because of her other pressing engagement, but hopes to travel soon.

Speaking at the 8th annual GE Summit, Ivanka said, reducing gender gap in the labour force by half can help boost Indian economy by over USD 150 billion in the next three years and reiterated her father's words that "India has a true friend in the White House".

"We are certainly proud of what she's been able to accomplish, and I can think of no better representative for the US Government to talk about women's entrepreneurship than her," she told reporters at a news conference.

The GES is the preeminent annual entrepreneurship gathering that convenes emerging entrepreneurs, investors, and supporters from around the world, she said.

"And we are excited about the focus that this year's GES puts on the US-India bilateral relationship," Nauert said.
GES 2017 participants will empower innovators and entrepreneurs, particularly women, to utilize new skills and resources to achieve success through plenaries, workshops, and a pitch competition, she asserted.?

Noting that it was the first time the GES has taken place in South Asia, she said, " It reflects the region's strong entrepreneurship achievements and future as well as the rapid growth of the US-India strategic partnership."