Europe`s largest carmaker by unit sales will spend more than 34 billion euros ($40 billion) on electric cars, autonomous driving and new mobility services by the end of 2022. 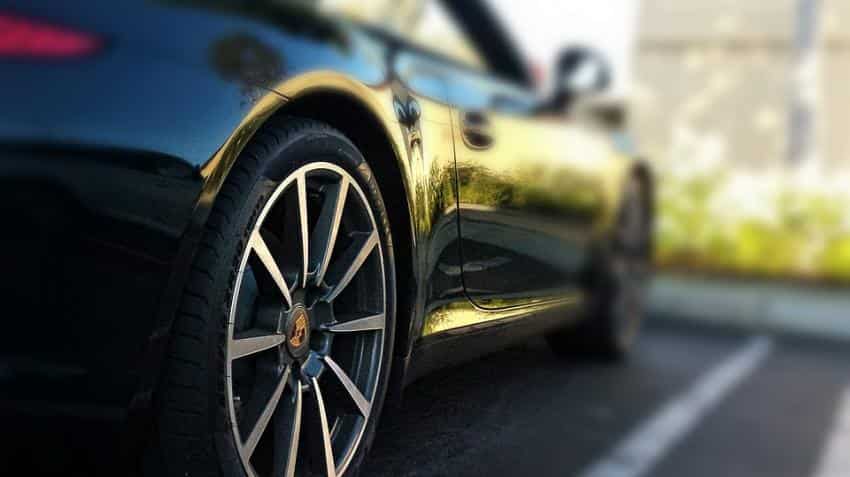 Volkswagen`s leaders on Friday approved a five-year spending plan that aims to further the German carmaker`s goal of transforming itself into a leading force in electric cars.

Europe`s largest carmaker by unit sales will spend more than 34 billion euros ($40 billion) on electric cars, autonomous driving and new mobility services by the end of 2022.

China has set strict quotas for electric and plug-in hybrid cars that come into effect from 2019. It has a target of 2 million so-called new-energy vehicle (NEV) sales by 2020 and has signalled that longer term it will phase out the sale of conventional petrol-engine cars.

Here are carmakers` plans for a technology that has only played a marginal role until now:

Tesla Motors Inc – Next year could be make or break for the Californian pure-play electric vehicle maker, which just launched its first mass-market car, the Model 3. The company made just 260 Model 3 sedans in the third quarter due to what it called production bottlenecks. It had planned to build more than 1,500. This month it pushed back its target for volume production by about three months, saying it was difficult to predict how long it would take to fix production bottlenecks. It now expects to build 5,000 Model 3s per week by late in the first quarter of 2018, instead of its original target date of December.

On Thursday, the Palo Alto-based company also unveiled a prototype electric big-rig truck, the Tesla Semi, which it expects to start producing in 2019, and showed off a Roadster electric sports car, which it said will be available in 2020.

Toyota - The Japanese carmaker says it wants all its vehicles to be zero emission by 2050. It has championed its hybrid Prius and has focused much of its efforts on hydrogen vehicle technology. But it says it is not "anti-EV" and is spending heavily on technologies such as the solid-state battery, which has the potential to cut the cost of making electric cars and which Toyota is racing to commercializes by the first half of the 2020s.

VW Group – Spurred on by its diesel emissions crisis, Europe`s biggest carmaker says it will roll out 80 new electric cars by 2025 across its group brands which include Skoda, SEAT and Audi. VW Group is aiming for 2-3 million electric vehicle sales by 2025. All its models will have electric versions by 2030. The first big test will be the I.D., VW`s answer to Tesla`s Model 3.

Renault-Nissan – The French-Japanese alliance so far leads the deployment of modern electric cars - 490,000 to date - thanks to the top-selling Nissan Leaf introduced in 2010 and Renault`s Zoe subcompact launched two years later.

Twelve new pure-electric models will be on the road by 2022 as the alliance seeks to defend its head-start. Nissan has sold 250,000 Leafs and is aiming for a fifth of its vehicles to be zero emission by 2020. But the group is also hedging its bets by developing the hybrid gasoline-electric Nissan Note e-Power.

General Motors – The U.S. automaker plans to launch a new family of electric vehicles in 2021 that will cost less to build and make a profit, Chief Executive Mary Barra told investors this week. She said GM aims to be selling a million electric vehicles a year by 2026, many of them in China. GM still makes most of its profits from selling big, gasoline powered trucks and SUVs to Americans. Its electric Chevrolet Bolt is seen as a serious contender for Tesla.

Ford – The U.S. automaker plans to invest $5 billion in electric vehicles by 2022 and introduce at least 13 electric or hybrid models worldwide in the next five years including a small SUV built in its home state of Michigan offering an estimated range of 300 miles on one charge. It is cutting spending on future internal combustion engines but still plans for a third of vehicles to have internal combustion engines by 2030 - the year some European governments have proposed banning petroleum-fueled cars. Ford has not given any electric vehicle production targets.

Daimler – The company is investing 10 billion euros in electric and hybrid technology and is preparing to launch the EQ electric car. It aims for 100,000 annual electric car sales by 2020.

By 2022, Mercedes plans to offer an electric version of every model it sells, with a total of at least 50 electric or hybrid models for sale. The Smart brand will stop offering combustion-engined variants altogether in 2020.

BMW – A pioneer in electric cars, BMW launched the i3 in 2013 but sales have been relatively low and management has wrestled with whether to go all-out on electrification. That changed in September when the German manufacturer vowed to achieve mass production by 2025 with 12 fully electric models, with a range of up to 700 kilometres. BMW aims to deliver 100,000 electric cars this year globally.

Fiat – CEO Sergio Marchionne was for years a vocal sceptic of electric cars and their high battery costs, once telling people not to buy the electric Fiat 500e because he was losing money on each car. But in July he told analysts he had "joined the rest of the crew", a change of heart driven partly by the diesel emissions crisis. For now, his most concrete plans involve Fiat Chrysler’s luxury, low volume brand Maserati which he wants to be half electric by 2022.

Volvo Cars – All Volvo car models launched after 2019 will be electric or hybrids, the Chinese-owned premium manufacturer said in July, making it the first major traditional carmaker to set a date for phasing out vehicles powered solely by the internal combustion engine.