Toshiba, reeling from the bankruptcy of its U.S. nuclear unit Westinghouse Co in the wake of an accounting scandal, needs to raise 750 billion yen ($6.7 billion) by the end of March to avoid being kicked off the Tokyo Stock Exchange. 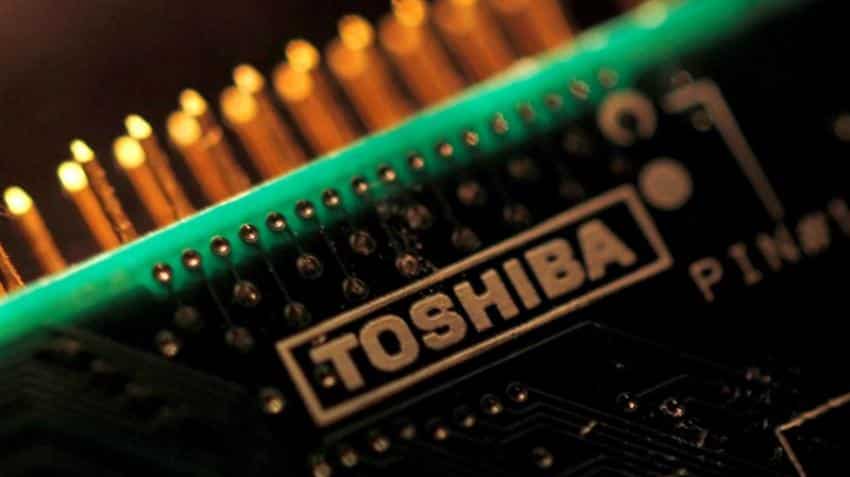 A logo of Toshiba Corp is seen on a printed circuit board in this photo illustration taken in Tokyo. Photo: Reuters

Toshiba Corp will decide on Monday to raise some $5 billion from overseas investors, allowing the troubled conglomerate to remain a publicly traded company even if the sale of a key business is delayed, two people with direct knowledge of the process said.

Toshiba, reeling from the bankruptcy of its U.S. nuclear unit Westinghouse Co in the wake of an accounting scandal, needs to raise 750 billion yen ($6.7 billion) by the end of March to avoid being kicked off the Tokyo Stock Exchange.

The laptops-to-nuclear-reactors company has agreed to sell its prized NAND semiconductor unit for $18 billion, and is planning to sell its TV business and reportedly looking to hive off its personal-computer unit to raise cash.

But with the March deadline looming to avoid delisting and the chip sale threatened by antitrust concerns from China and elsewhere, Toshiba`s board will on Monday approve a plan to raise 600 billion yen ($5.3 billion) by offering shares to a group of overseas investors, the sources said.

In addition, the sources told Reuters, Toshiba will agree to take upfront losses that will allow tax write-offs sufficient to boost its assets back above liabilities for the first time in two years - allowing the firm to remain listed.

To plug the huge hole in its balance sheet, Toshiba agreed in late September to sell its Toshiba Memory unit to a group led by Bain Capital for $18 billion.

But regulatory reviews globally threaten its ability to close the sale by the March end of the business year, which would put the company in negative net worth for a second year in a row, imperilling its TSE listing.

Without any gains from the chip unit sale, Toshiba forecasts it would post negative net worth of 750 billion yen at the end of March.

The company could use the proceeds from a share allotment to pay all at once the $5.8 billion in parent-company guarantees on Westinghouse`s much-delayed nuclear projects in the United States, one source said.

The current plan is to guarantee payments to two U.S. power utilities over six years. Paying them off in full now would allow Toshiba to book losses that would reduce its tax burden enough to ensure it has the cash to remain listed, the source said.