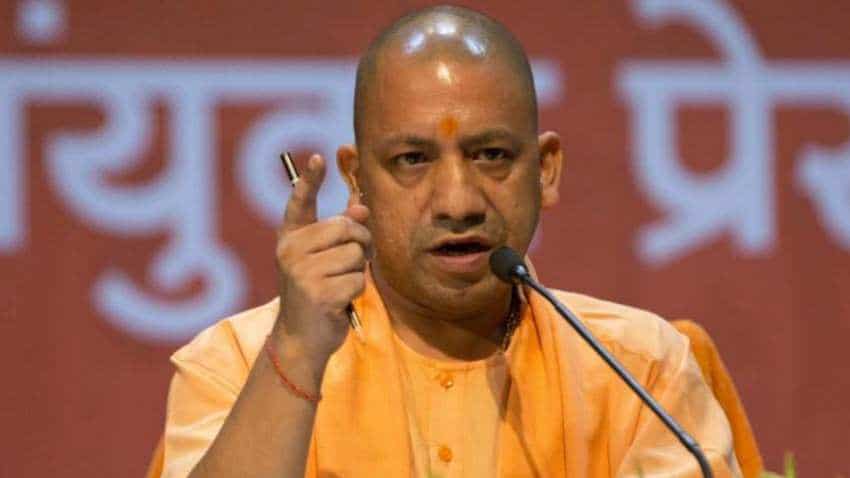 Uttar Pradesh Chief Minister Yogi Adityanath warned erring sugar mill owners Sunday that they will be jailed if they do not clear dues of the cane growers, Image source: PTI
Written By: PTI
RELATED NEWS

Uttar Pradesh Chief Minister Yogi Adityanath warned erring sugar mill owners Sunday that they will be jailed if they do not clear dues of the cane growers.

On the 'Kisan Diwas' or National Farmers Day, the chief minister reprimanded the mill owners, saying exploitation of farmers will not be "tolerated at any cost".

He was in Patla village here to unveil the statue of Chaudhary Charan Singh on the birth anniversary of the former prime minister.

The chief minister laid the foundation stones for 25 developmental projects worth Rs 325 crore at various places in the district.

The foundation stone of Political Training Institute was also laid down near the Hindan river in Raj Nagar extension area. The institute will be the first-of-its-kind in the country where beahviour related training will be imparted to newly elected public representatives.

The institute, which is expected to be fully constructed in two years, is to be designed in such a way so that around 1,000 elected representatives can get training in a single session. The state government will spend Rs 168 crore on it.

Adityanath warned the "goons" to shun criminal activities otherwise they will be sent to "that place where they ought to be".

He also admonished the bureaucracy not to indulge in corruption otherwise they will be put to task.

He laid the foundation stones for Uttarakhand Bhawan and Purwanchal Bhawan (to be constructed in Noor nagar and Sihani village area, respectively), a 60-bedded hospital in Loni town, and 30 health care centers in the district among others.