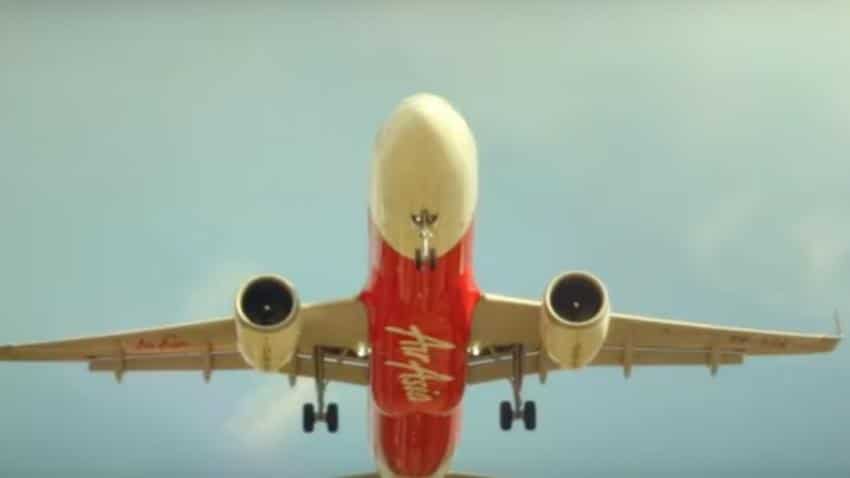 The airline's revenues climbed to Rs 395 crore during the quarter under review, from Rs 175.13 crore in the same period a year ago. Image Source: AirAsia ad/ Youtube
RELATED NEWS

No-frills airline AirAsia India narrowed its net loss to Rs 16.4 crore in the September quarter and expects to be "very profitable" once it starts flying on regional routes, Malaysia's AirAsia Berhad said today.

AirAsia India is a joint venture between Tatas and Malaysia's AirAsia, which holds 49 per cent stake.

In the July-September period of last fiscal, the airline had a net loss of Rs 62.12 crore, AirAsia Berhad said in a filing on the Malaysian stock exchange.

The airline's revenues climbed to Rs 395 crore during the quarter under review, from Rs 175.13 crore in the same period a year ago.

In a release, AirAsia Berhad said its associate airline in India has grown tremendously.

On an year-on-year basis, AirAsia India achieved 99 per cent growth on passengers carried as well as a 104 per cent rise in capacity in the quarter under review.

As part of expansion plans, AirAsia India is keen to fly overseas once it complies with the regulatory requirements.

Under Indian regulations, a domestic airline should have at least 20 planes before it can start services to foreign destinations.

"We are on target to launch our international routes the minute we achieve 20 aircraft in India next year. We foresee our Indian operations to be very profitable once we start flying regional routes and connecting them to our wide network," the release said.