Today is the World Population Day 2021 and Uttar Pradesh Chief Minister Yogi Adityanath today inaugurated the state’s population policy 2021-30. The Chief Minister also tweeted today saying that the increasing population was the 'root cause' of major problems including inequality 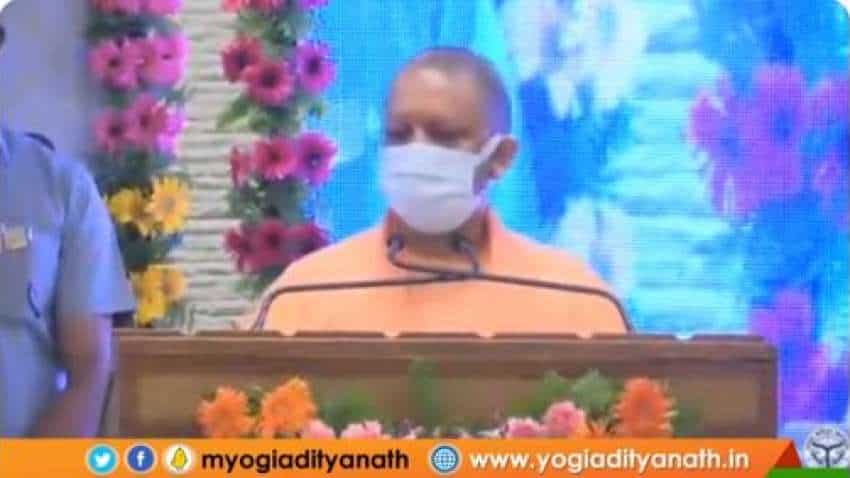 The draft says it is necessary to control and stabilise the population of the state for the promotion of sustainable development with more equitable distribution. Source: Twitter/@myogiadityanath
Written By: ZeeBiz WebTeam
Edited By: Prashant Singh
RELATED NEWS

Today is the World Population Day 2021 and Uttar Pradesh Chief Minister Yogi Adityanath today inaugurated the state’s population policy 2021-30. The Chief Minister also tweeted today saying that the increasing population was the 'root cause' of major problems including inequality.

He also urged everyone to take a pledge to spread awareness about this in the society.

The draft says it is necessary to control and stabilise the population of the state for the promotion of sustainable development with more equitable distribution.

Recently Assam had announced that it will gradually implement a two-child policy for availing benefits under specific schemes funded by the state.

The UP government, however, said it will also announce a new population policy for 2021-2030 on Sunday to incentivise people to help in population control.

If enacted, the provisions of the proposed legislation titled The Uttar Pradesh Population (Control, Stabilization and Welfare) Bill, 2021 will come into force after one year from the date of publication in the Gazette, according to the UP-State Law Commission (UPSLC) website.

Suggestions have been invited from the public to improve the draft bill and July 19 is the last date for it.

Listing incentives, the draft bill says, "Public servants who adopt the two-child norm will get two additional increments during the entire service, maternity or as the case may be, paternity leave of 12 months, with full salary and allowances and three percent increase in the employer's contribution fund under the National Pension Scheme."

A state population fund will be constituted for its implementation.

Listing the government duties, the draft bill says that maternity centres will be set up at all primary health centres.

The draft bill also says that it shall be the duty of the government to introduce a compulsory subject relating to population control in all secondary schools.

"In Uttar Pradesh, there are limited ecological and economic resources at hand. It is necessary and urgent that the provision of basic necessities of human life including affordable food, safe drinking water, decent housing, access to quality education, economic/livelihood opportunities, power/electricity for domestic consumption, and a secure living is accessible to all citizens," the draft bill reads.

It is necessary to ensure healthy birth spacing through measures related to augmenting the availability, accessibility and affordability of quality reproductive health services to achieve the goal of population control, stabilisation and its welfare in the state, it says.

On the proposed population policy, the state government said efforts will be made to increase the accessibility of contraceptive measures issued under the Family Planning Programme and provide a proper system for safe abortion,

Through improved health facilities, efforts will be made for population stabilisation by providing accessible solutions to impotence/infertility and reducing the newborns' and maternal mortality rate, it said in a statement said.

One of the key points in the new policy is to make comprehensive arrangements for the care of the elderly, apart from better management of education, health, and nutrition of adolescents between 11 to 19 years.