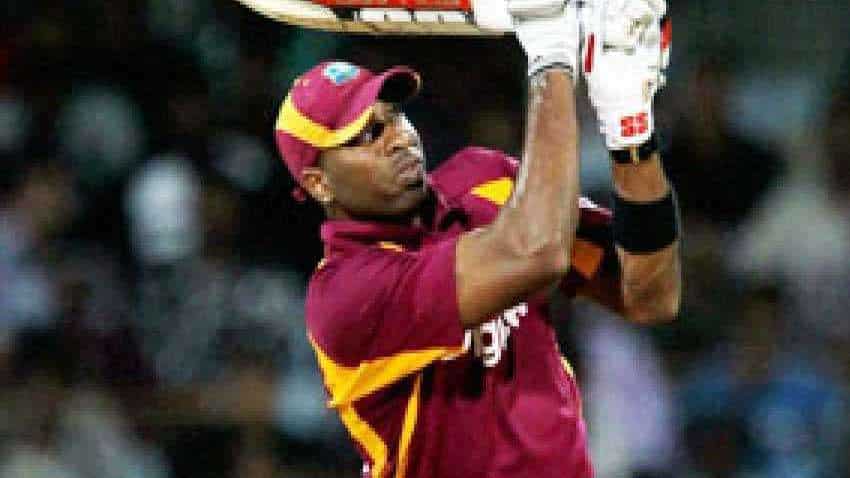 Pollard becomes third batsman to hit six 6s in an over in international cricket. Source: PTI

He achieved the feat in the first T20I of the three-match series against Sri Lanka here at the Coolidge Cricket Ground in Antigua.

With these six 6s, Pollard has joined the likes of Herschelle Gibbs and Yuvraj Singh in the elusive list.

Pollard hit Sri Lanka`s Akila Dananjaya for six 6s in the sixth over of the innings as the hosts` Windies were chasing a target of 132 runs to go 1-0 up in the three-match series.

The right-handed batsman hit the first ball over the long-on fence, the second ball was dispatched straight down the ground while the third was hit to the long-off fence.

Continuing the carnage, Pollard dispatched the fourth ball to the mid-wicket boundary, the fifth ball was once again hit down the ground and the final ball of the over was hit to mid-wicket.

After hitting the final ball of the over into the stands, Pollard bowed down to acknowledge the roaring reception he was receiving from his team-mates.

Pollard is now the second batsman after Yuvraj to achieve this feat in the shortest format. Yuvraj had hit 6 sixes in an over during the 2007 World Cup against England.

While Gibbs achieved the feat against the Netherlands during the 50-over World Cup in 2007. (ANI)