It's a massive achievement for the KGF 2 Teaser! 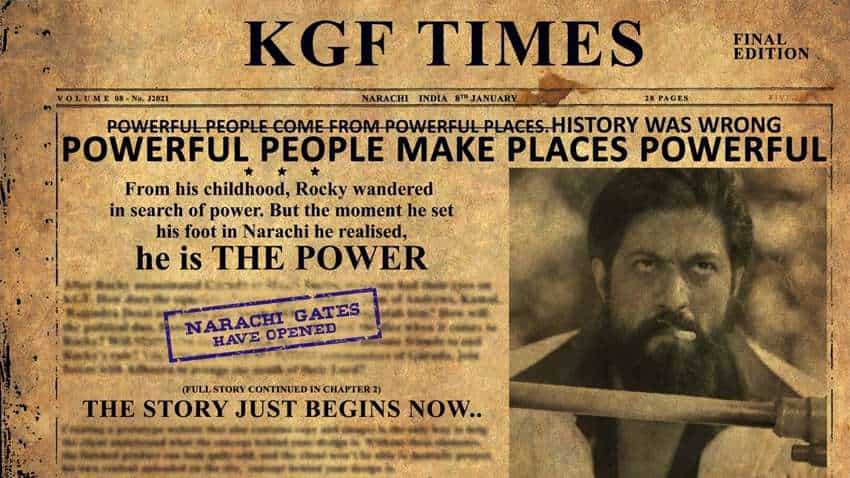 The teaser of the highly-awaited KGF Chapter 2 has created a huge record.
Written By: Prashant Singh
Edited By: Harish Dugh
RELATED NEWS

KGF 2 teaser fans alert! Rocking Star Yash aka Rocky Bhai has these messages for you - Must not miss!

It's a massive achievement for the KGF 2 Teaser! The teaser of the highly-awaited KGF Chapter 2 has created a huge record by garnering 148 million views and still seems unstoppable. Within few minutes of the release, KGF 2 teaser became the number 1 Twitter trend in India. On YouTube too, KGF 2 kept trending and still competing with many by grabbing one of the top trending slots. Whopping 148 million views on YouTube is a rare feat in the entertainment industry.

KGF: Chapter 1, which was released in 2018, won two National Awards in 2019 for Best Action and Best Special Effects. Releasing the KGF 2 teaser, Hombale Films on YouTube wrote, "Here We Go, Glimpse Into An Empire Called KGF and a Glance of Rocky's World. Hombale Films Presents the Official Teaser of KGF Chapter 2."

Sharing KGF 2 teaser, famous Bollywood analyst Taran Adarsh wrote, "#KGF2 TEASER: S-T-U-N-N-I-N-G... The expectations from #KGFChapter2 are humongous and the teaser more than lives up to the hype... #KGF2Teaser has an international feel to it."

KGF 2 teaser fans alert! Rocking Star Yash aka Rocky Bhai has these messages for you - Must not miss!