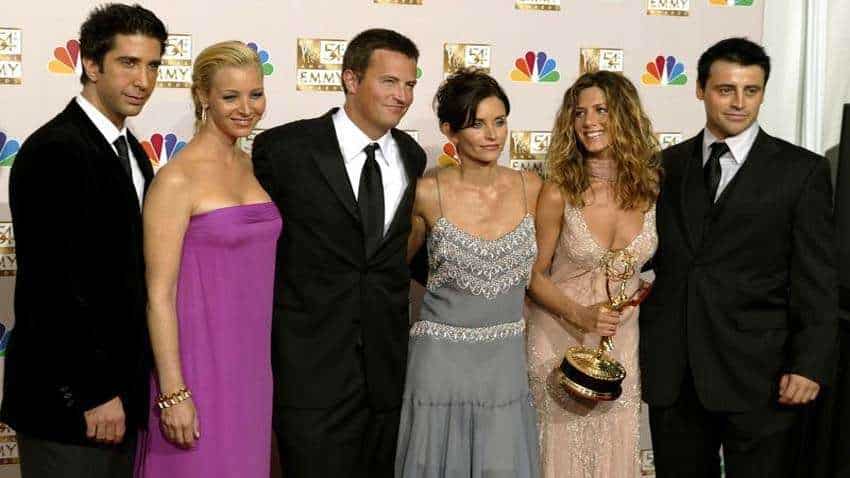 Washington [US], March 4 (ANI): American actor David Schwimmer recently revealed some new details regarding the upcoming `Friends` reunion while finally sharing when the special will be shot.

As per People magazine, Schwimmer, who played Ross Gellar in the hit sitcom, confirmed in an interview on SiriusXM`s Radio Andy on Wednesday that the upcoming HBO Max special, which will bring the core cast back together, will be taping soon.

Speaking about it, Schwimmer said, "It`s happening. Actually, in a little over a month, I`m heading out to L.A."

"So, finally, I mean, we figured out a way to film it safely and there`s going to be a portion of it that we filmed outside because of, you know, for safety protocols," added Schwimmer

.The conversation then turned to who is and who is not hosting the special when Andy Cohen asked if Ellen DeGeneres had been booked for the gig.

However, Schwimmer shut down the possibility of DeGeneres` involvement, and then explained to Cohen that he is unsure if he can reveal who is hosting the reunion special. "I can tell you it`s not Ellen, and it`s not Billy Crystal. I can tell you who it`s not, but that`ll take a while, probably," the actor said.

The sitcom`s reunion was first announced in February 2020 by HBO Max and was scheduled to premiere that May, but was delayed due to the ongoing COVID-19 pandemic. "Unfortunately it`s very sad that we had to move it again. It was, `How do we do this with live audiences?` This is not a safe time. Period. That`s the bottom line. It`s not a safe time to do it," Aniston told Deadline in August.

She added, "It`s going to be super. I choose to see it as the glass is half-full that it got postponed. Look, we`re not going anywhere. You`re never going to get rid of Friends, sorry. You`re stuck with us for life, guys."

Kudrow, who played the eclectic Phoebe Buffay in the series, revealed in January that she and her costars have already shot some scenes for the reunion.

"There`s different facets to it, and we already shot packages of things. I pre-shot something already so we`re definitely doing it, because I already shot a little something," she said on the Literally! With Rob Lowe podcast. Kudrow also clarified that the cast will not be reprising their iconic Friends characters, but chatting as themselves. She said, "It`s not a reboot. It`s not like a scripted thing, we`re not portraying our characters. It`s us getting together, which just doesn`t happen a lot and has never happened in front of other people since 2004 when we stopped."

The American sitcom was touted as one of the most popular ones and is still the talk of the town among fans, who are eagerly waiting to see their favourite stars back together.

`Friends` originally aired for 10 seasons from 1994 through 2004 and starred Schwimmer, Aniston, Kudrow, Courteney Cox, Matt LeBlanc, and Matthew Perry. The beloved sitcom followed the story of six friends in their 20s and 30s who live in Manhattan, New York City. (ANI)