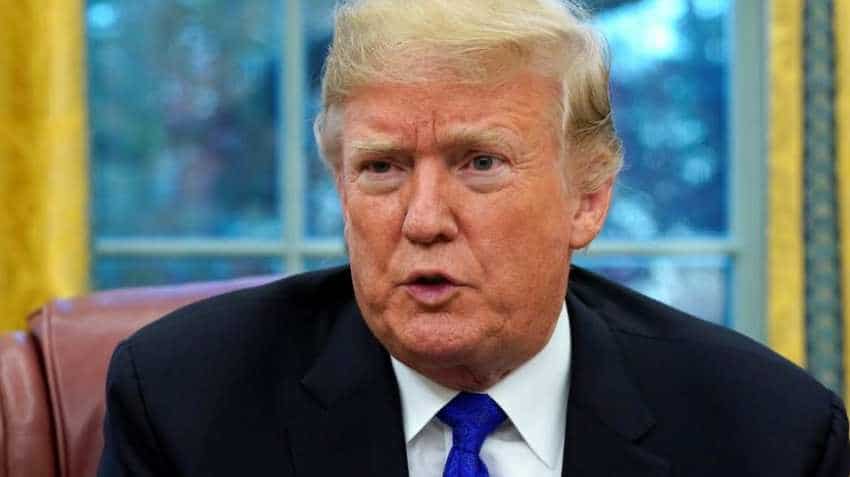 U.S. stocks fell on Monday after President Donald Trump pledged to raise tariffs on Chinese goods, though Wall Street finished well off its session lows as some investors saw Trump`s comments as a bargaining tactic and expressed confidence in an eventual trade agreement.

But stock futures dropped sharply following the market close after U.S. Trade Representative Robert Lighthizer and Treasury Secretary Steven Mnuchin said China had moved away from commitments made over the course of trade negotiations. S&P e-minis were last down 1.3%.

On Sunday, Trump had said an increase in the tariffs would go into effect, reversing a decision he made in February to retain the tariffs at 10% as the United States and China made progress on trade talks. China said on Monday that a delegation was still preparing to go to the United States, but did not mention if Vice Premier Liu He, its lead official in the negotiations, would be part of the team as originally planned.

Trump`s comments inflamed fears of a slowdown in global growth, which have periodically roiled markets over the past year. The benchmark S&P 500 fell as much as 1.6% during the session while U.S. Treasury yields dropped as investors turned to low-risk government bonds. Yet the major indexes recovered much of their losses in afternoon trading as some investors remained hopeful that a trade agreement would soon be reached.

"It seems like a negotiating stance," said David Lefkowitz, senior Americas equity strategist at UBS Global Wealth Management`s chief investment office in New York. "Our base case still is that China and the United States do find common ground.

"The probability that there is a negative outcome has probably gone up a little bit, but quantifying that, it`s hard to say," he added. A rise in healthcare shares helped offset the trade-driven losses. At the Sohn Investment Conference on Monday, Glenview Capital Management Chief Executive Larry Robbins said he favored the sector.

The sector got a further lift as Centene Corp shares rose 6.6% after Reuters reported that two hedge funds have built stakes in the health insurer and are exploring a challenge to its planned acquisition of WellCare Health Plans Inc. But materials, industrials and technology shares dropped as investors moved away from cyclical and trade-sensitive sectors.

In a bright spot, Anadarko Petroleum Corp shares rose 3.8% after Occidental Petroleum Corp increased the cash component of its $38 billion bid, removing a need for any deal to receive the approval of Occidental`s shareholders. Occidental is trying to convince Anadarko to accept its offer and abandon the agreed-upon $33 billion sale to Chevron Corp. Shares of Chevron rose 1.0%.

Declining issues outnumbered advancing ones on the NYSE by a 1.45-to-1 ratio; on Nasdaq, a 1.28-to-1 ratio favored decliners. The S&P 500 posted 19 new 52-week highs and four new lows; the Nasdaq Composite recorded 69 new highs and 33 new lows. Volume on U.S. exchanges was 6.45 billion shares, compared to the 6.62 billion average for the full session over the last 20 trading days.