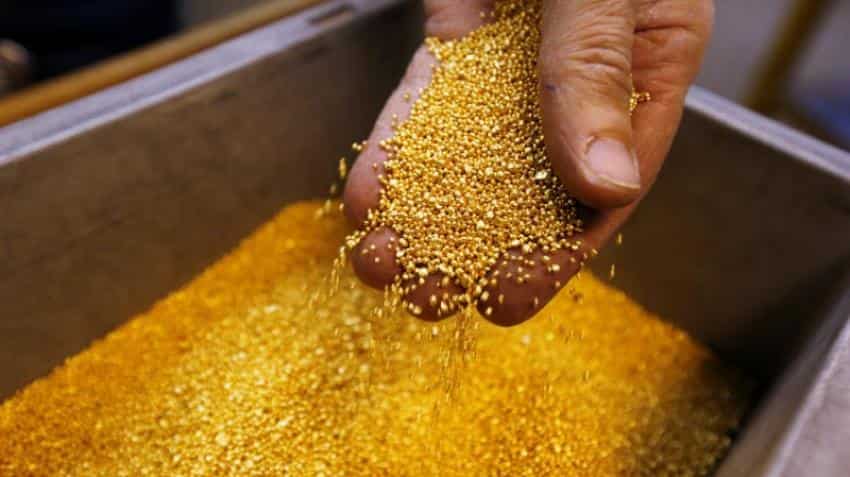 Gold Price in: Fundamentals explained in detail by Religare Broking

Gold prices steadied early on Thursday, with the dollar firming as markets waited for clues on the future of key stimulus programmes in upcoming Bank of Japan and European Central Bank meetings. FUNDAMENTALS

* The European Central Bank is expected to lay the groundwork for an autumn policy shift when it meets on Thursday, emphasising improved growth while tempering expectations after previously setting off a mini tantrum in financial markets.

* The Bank of Japan is set to paint a brighter picture of the economy on Thursday but cut its inflation forecasts again, reinforcing expectations that it will lag well behind major global central banks in scaling back its massive stimulus programme.

* A broad barometer of global stocks rose for a ninth straight session on Wednesday as earnings season in the United States and Europe heated up, while the dollar clawed back from 10-month lows and oil prices jumped. [MKTS/GLOB][USD/]

* Japan`s exports rose for a seventh straight month in June led by shipments of cars and electronics, an indication external demand continues to support a gradual economic recovery and backing the central bank`s upbeat economic view.

* U.S. homebuilding surged to a four-month high in June, but construction activity remains constrained by rising lumber prices and labour and land shortages.

* Holdings at the SPDR Gold Trust

Gold Price in: Fundamentals explained in detail by Religare Broking