In a surprise move, Uber selected CEO of Expedia Dara Khosrowshahi for the post, sources close to the matter said on Sunday to The Wshington Post. 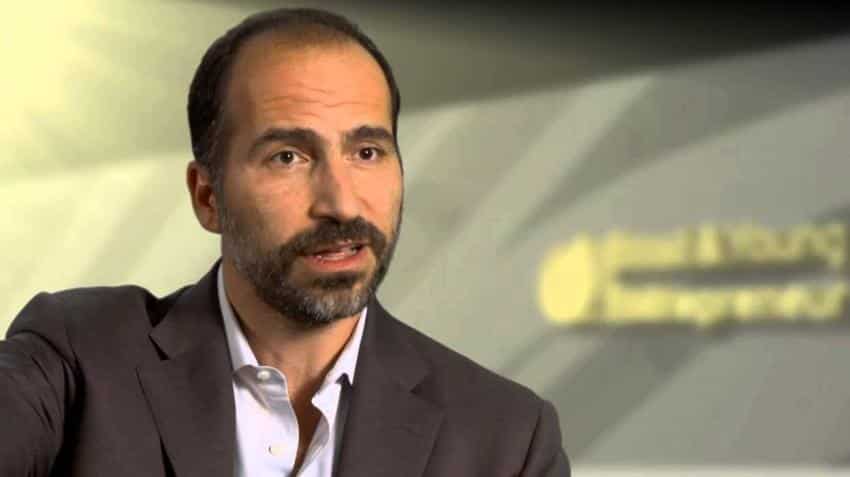 Uber Technologies Inc`s field of candidates for a new chief executive officer narrowed further on Sunday when Jeff Immelt, chairman of General Electric Co, said he was no longer in the running for the top leadership position.

However, in a surprise move, Uber selected CEO of Expedia Dara Khosrowshahi for the post, sources close to the matter said on Sunday.

Uber`s board of directors has been searching for a new CEO since June, when investors forced out co-founder Travis Kalanick following months of criticism over his leadership abilities. Immelt was among three finalists for the job at the ride-services company, according to sources close to the situation.

"I have decided not to pursue a leadership position at Uber," Immelt said on his Twitter account, adding that he had "immense respect for the company & founders."

Immelt is known for his ambitious vision during his 16-year tenure as CEO of GE, refashioning the company into a digital enterprise focused on leading the emerging business of internet-connected industrial products. However, in the process he failed to win over Wall Street, and GE`s share price fell about 29 percent during his tenure. He stepped down from the job in June.

Another finalist is Meg Whitman, the chief executive of Hewlett Packard Enterprise. While Whitman has previously said in the media she has no interest in the job and plans to stay at HPE, sources say she is very much still in the running.

Uber`s next leader will be tasked with helping the company surmount a year of setbacks, remaking its tarnished image and creating a profitable business out of what has been a loss-making endeavor. Filling the job quickly is essential to restoring shareholder confidence in the company, which is valued at $68 billion.

Kalanick was ousted following months of scandals. They included allegations of sexual harassment, a lawsuit alleging trade-secrets theft, a federal criminal probe over use of software to evade city regulators, and allegations of executive misconduct regarding a victim who was raped by her Uber driver in India, among other controversies.

Complicating the CEO search is a legal battle between board members and shareholders sparked by Benchmark Capital, which on Aug. 10 sued Kalanick. Benchmark, an early Uber investor, wants to force the former CEO off the board and rescind his ability to fill two board seats. The venture firm also accuses Kalanick of meddling with the CEO search to reclaim power, something Kalanick has said is false.

Two Uber investors have defended Kalanick and filed a motion to intervene in the lawsuit, which is playing out in Delaware`s Chancery Court.